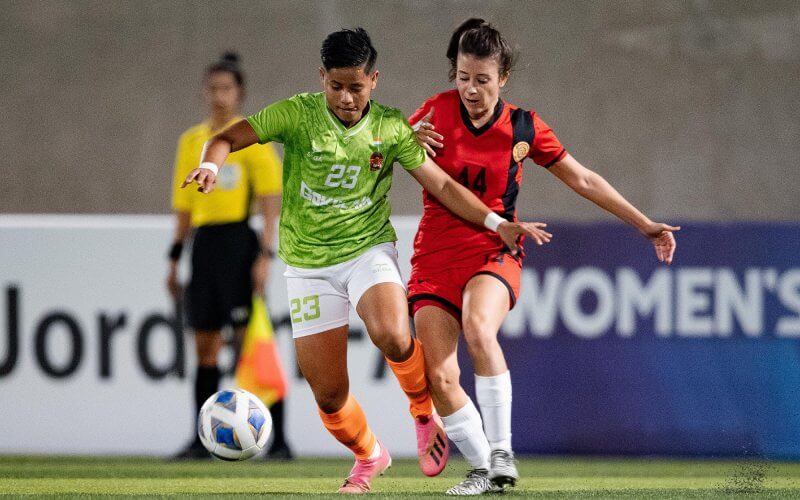 Gokulam Kerala have gone down fighting, losing 2-1 to Jordanianside Amman Club in their opening game of AFC Women’s Club Championship on Sunday at the Aqaba Development Corporate Stadium in Amman, Jordan.

Gokulam, playing in the pilot edition of the AFC Women’s Club Championship, opened the scoring in the match through their Ghanaian forward Elshaddai Acheampong, but Amman pulled back in the second half from the dead ball situations.

It was a quick start to the match as both sides looked for a breakthrough in the opening exchanges. Gokulam’s goalkeeper and captain Aditi Chauhan made a few well-judged saves to keep Amman out.

In fact, it was Gokulam’s Elshaddai Acheampong, who got the breakthrough on the 33rd minute. Aditi Chauhan, who had made a save at the other end, launched a long ball towards the Ghanaian forward, who shrugged off her marker and chipped it over an onrushing goalkeeper’s head to score.

After the half-time break, however, it was a different story as Amman surged forward looking for a reply. They had the perfect opportunity to do so near the hour mark, when Gokulam defender Michel Castanha was adjudged to have handled the ball inside the penalty area. Amman SC captain Maysa Ziad stepped up and made no mistake, as she planted her shot into the back of the net.

A few minutes later, Samia Ouni curled a left-footer into the top corner from a direct free-kick, to put the Jordanian side in the lead. The Malabarians will face Shahrdari Sirjan of Iran in their next match on Wednesday, November 10, 2021; the match kicks off at 7.30 PM IST.