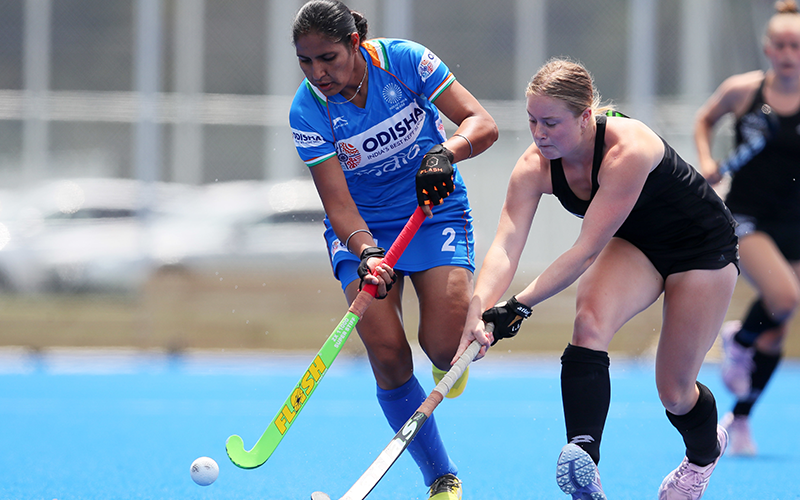 Gurjit Kaur: "Weather will be one of the most challenging factors at 2020 Tokyo Olympics"

The Indian Women's Hockey Team have been put through the grind at the on-going National Coaching Camp in Bengaluru where Chief Coach Sjoerd Marijne is making them sweat under sultry summer sun in hope that the players will not wither away in the stark conditions that await them in Tokyo during the 2020 Olympic Games. "During our meetings, we have discussed how the weather will be very challenging in Tokyo," stated Gurjit Kaur on being asked about the on-going training camp.

"It is expected to be over 30-35 degrees when we play in Tokyo and it is also expected to be very humid which is why our training sessions are planned at different times in this camp. Usually we would train on the pitch between 8am and 10am in the morning and 4pm to 6pm in the evening but now we train around 12 noon or 2pm under the afternoon sun. The training is intense and it's not easy to keep up speed in these conditions," explained the ace dragflicker who has been nominated for the Indian Sports Honour for Sports Woman of the Year (team sport).

The team is looking to peak at the right time in Tokyo and the current program is planned in such a way that the players are at their optimal best for the Olympics. "Our tours and matches are being planned in such a way that we peak at the right time and our performance has been steadily improving. The way we played the New Zealand Tour, we could feel the improvement in our performance especially in comparison to previous year (2018) when we toured New Zealand. The gap was narrowed to one goal from earlier when the goal difference was a lot. We even won big against the team. We have been working towards achieving the parameters set by the coaching staff and I believe we are on track to peak at the right time," she added.

Gurjit over the last two years has proved to be an important cog in the wheel for the Women's Team and while her dragflicking abilities have been rather formidable, she has matured as a defender too. "We had seniors like Sunita Lakra and we have Deep Grace who is now the senior most defender in the team but yes I have had to step-up and take up more responsibility as a defender and I will continue to focus more on my defending abilities too," stated Kaur.