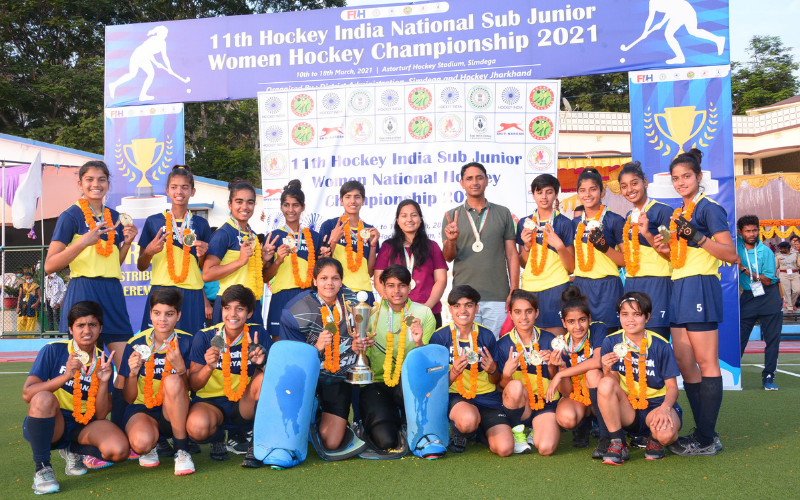 Hockey Haryana defeated Hockey Jharkhand 4-3 in a shootout to clinch the 11th Hockey India Sub Junior Women National Championship 2021 title after the final ended 0-0 after 60 minutes of action on Thursday.

The first half ended goalless in a closely contested final between two high-scoring sides. The deadlock continued in the second half with neither Hockey Haryana nor Hockey Jharkhand coming close to scoring. Then, Hockey Haryana Captain Nidhi starred in the shootout, denying Edlin Bage and Sweety Dungdung and Nisha Minj's attempts on goal.

Ritika, Kanika Siwach, Manisha and Sakshi Rana scored in the shootout for Hockey Haryana. Hockey Haryana coach Kuldeep Siwach was full of praise for his side, who successfully defended the title. "I am proud of the way my girls performed throughout the tournament. It was a close battle today. Hockey Jharkhand played very well and showed good fitness levels. Even when the match went to a shootout, I was confident that the girls could get the job done," he said.

"Our strike partnership of Kanika Siwach and Tamanna Yadav, who finished top scorers of the 11th Hockey India Sub Junior Women National Championship 2021, was the key for us throughout the event," Siwach added.