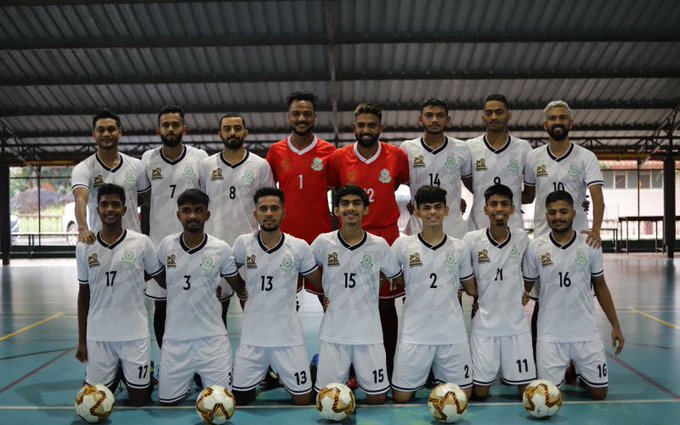 The inaugural match of the Hero Futsal Club Championship started with a blast for Mohammedan SC as they staged a dominating performance against Baroda FC. A resounding 9-0 victory for them meant that the Black Panthers made an immediate mark in the tournament.

The club from Kolkata dominated the opening stages of the game, creating chance after chance. An excellent save from Baroda FC goalkeeper Vikramaditya Chhabra ensured that they did not concede an early goal. After the first 5 minutes, it looked like Baroda FC were getting a foothold in the game.

However, Mohammedan SC then made sure that their dominance was reflected on the scoreline. The fireworks started in the 8th minute, as Sandesh Malpote scored the first goal of the Hero Futsal Club Championship. An own goal followed in the 13th minute as Daniel Patel turned a cross into his own net.

The misery was compounded as Om Gurkha scored another own goal, and that put Baroda FC firmly onto the back foot. Sachin Patel scored minutes before half time to make it 4-0 heading into the break.

Baroda FC started the second half well, creating a bit of pressure but Mohammedan SC again took control of the game and started to score consistently. Rui Carlo, the youngest player in the Hero Futsal Club Championship, aged just 15 years old continued the proceedings in the second half by scoring in the 30th minute. Goals from Hilton Fernandes, Filbert Pereira, and Raghubendra followed, before a stunning long-range strike from player-cum-coach Joshuah Vaz completed the thrashing.

Baroda FC will have a lot to ponder upon before their next game while Mohammedan SC will be buzzing like a bee.