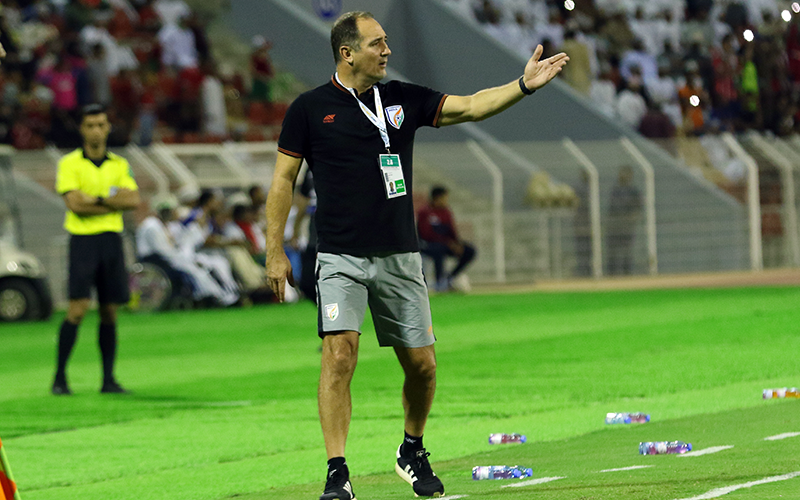 With the Hero I-League reaching its climax leaving the fans engrossed, National Coach Igor Stimac admitted that he has been "impressed" by the talent on display in the competition and that he is looking forward to watching more matches.

"It was fantastic to witness 2 @ILeagueOfficial matches in Mumbai and Goa and I'm really impressed with the talents."

The Croatian was in the stands in Mumbai earlier this month (February 17, 2020) when the Indian Arrows played Kolkata giants Quess East Bengal at the Cooperage Stadium, with the Arrows being led this season by Stimac's National Team Assistant Coach Venkatesh Shanmugham, also a former India captain.

Stimac was also in the stands as Mohun Bagan breezed past Churchill Brothers at the Fatorda Stadium in Goa on Saturday (February 22, 2020). The former Croatian World Cupper handed the Hero of the Match award to Fran Gonzalez as the Mariners extended their lead at the top of the Hero I-League table with a 3-0 win.

It was in fact, during the launch of the Hero I-League 2019-20 in November last year that the National Coach had stressed that “every Indian player in the Hero I-League is a potential candidate for a place in the senior team.”

"I will keep coming to watch the matches whenever I can. The players need to know that each player in the Hero I-League with an Indian passport is one of the possible future candidates for the national team. It’s up to them — how they perform for their respective teams,” he has stated.

Stimac’s India, currently with 3 points from 5 matches in the FIFA World Cup Qatar 2022 qualifiers, next play Asian Champions Qatar in Bhubaneswar on March 26, 2020.

It will be an 'extremely difficult game' against Qatar: Igor Stimac

Important to make up for lost time ahead of World Cup Qualifiers: Igor Stimac

Stimac: We have a talented youth set-up that needs to be given time and peace at work

Youngsters express gratitude to coach Stimac for his 'trust' in them