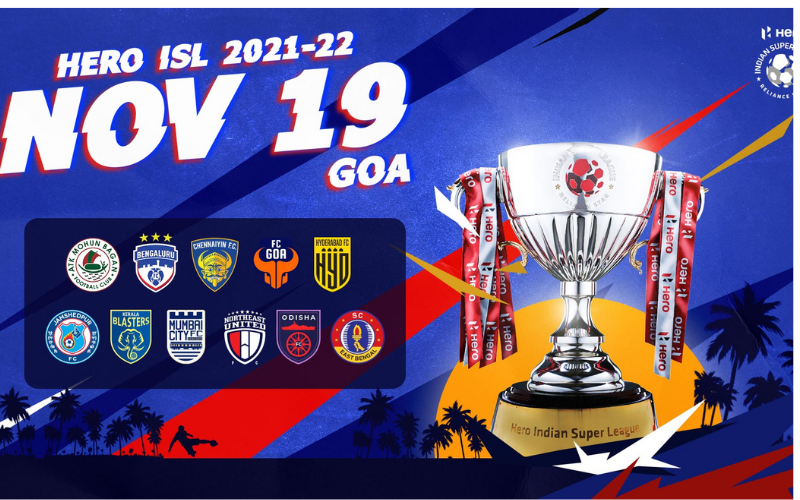 Bringing back four months of power packed live Indian football action to the millennials, the season once again returns to Goa’s three iconic stadiums this winter, featuring 115 games starting this 19th November. The first instalment of the schedule announced today runs until January 9, 2022.

The league, this season will introduce a late 9:30 pm kick off for its Saturday double headers. The regular weekday schedule remains unchanged with matches kicking off at 7:30 pm.

Having missed a record title run by a whisker, last season’s finalist ATK Mohun Bagan will square-off with Kerala Blasters FC on the opening game night to commence another intense campaign. SC East Bengal gets to start their run into the competition on November 21 against Jamshedpur FC.

Title-holders Mumbai City FC would test a renewed FC Goa resilience as early as November 22, in one of the most high-octane rivalries emerging in the league.

The first instalment of India’s premier derby SC East Bengal vs ATK Mohun Bagan will be played out as early as in the second round of the season on November 27.