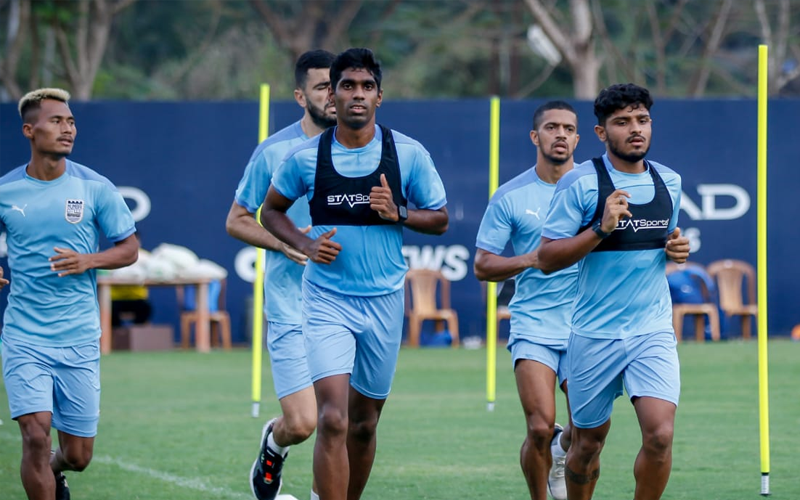 High-flying Mumbai look to enjoy fruit of their labour vs. Hyderabad

Mumbai City FC face Hyderabad FC on Saturday with the chance to make it 10 league wins in a row.

Mumbai City FC are enjoying their best campaign yet in the Hero Indian Super League. The Islanders have managed to record eight wins in 10 games and collect 25 points, to sit on top of the table. But it’s the team's improving performance that matters to coach Sergio Lobera as his side takes on Hyderabad FC at the GMC Stadium, Bambolim, on Saturday.

"I am very happy with the results so far. It's very difficult to keep this situation (going) but the most important thing for us is not the table but improving our performance,” stated Lobera.

The Islanders have scored in each of their last nine games wherein they also remained unbeaten. During this run, Mumbai scored (17 goals) in each of their last 9 matches. Their defence has also been great. They haven’t conceded any goals against the top three teams in the league. And Lobera credited his players, who have given collective performances so far.

"I'm very happy and proud of my players. It's not easy to implement our style of play in a short time,” stated Lobera. “If we want to win trophies, the level of our Indian players has to be high throughout the season."

In their previous encounter, Mumbai walked away victorious with a 2-0 win. But Lobera said that this time it will be a difficult game for his side. Hyderabad's Indian contingent has been impressive in ISL-7 and that's one reason why the club is still in the top half despite their foreign players being inconsistent.

"I'm sure it's going to be a good game. They play a similar style (to ours). They have good Indian players and also very experienced foreign players. It's going to be a different game because they have a full squad now. But the most important thing for us is to focus on our style of play," Lobera said.

Hyderabad coach Manuel Marquez admitted Mumbai was the stronger team and predicted Lobera’s side will end up as champions of the normal season. “Mumbai is of course the strongest team in this league. I continue saying that they will be the champions in the regular season because you know in the play-offs, not always the best team wins."

Marquez said that despite the odds being against them, his team would stick to their style of football. "We can change some details in our game tomorrow but it's important not to lose our style of play. Of course, we have to make some changes in the line-up but it will be a very difficult game,” he said.