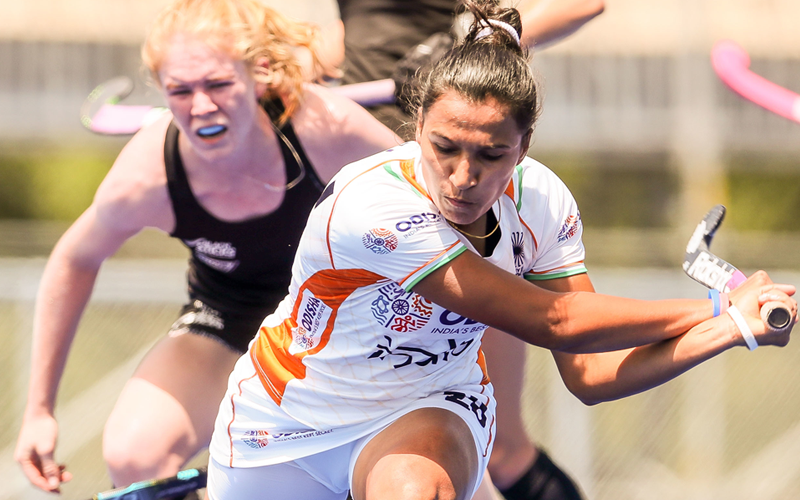 The Khel Ratna Awardee says following consistent success at the International Level, the members of the women's team have been rewarded with job security as well as cash awards.

Encouraging youngsters to pursue hockey, the Indian Women's Hockey Team Skipper Rani expressed that the sport has made members of her team financially independent at a very young age and they are in a better position to take care of their families' needs. "I think ten years or 15 years ago if someone said, we will take up hockey as a career they would either laugh or bluntly ask us how will that help make a living. But things have changed drastically in the sport now. With Hockey India hosting regular National Championships, aspiring players get an opportunity to show their talent and consistent performance at the top level could assure a player of a job as well as a chance to make it to the national team," she explained.

With the Women's Team winning some top tournaments in the past like the Silver Medal at the Asian Games and also qualifying for back-to-back Olympic Games, they have been rewarded with timely awards. "I believe our improved performance has a lot to do with the professional system laid out by the Federation. We have a good junior program too which identifies talented players. Young talent like Lalremsiami and Salima Tete who won the Silver medal at the Youth Olympic Games 2018 in Buenos Aires have made a very smooth transition into the senior program. Ensuring we (women's team) also play equal or more number of international tournaments as the men's team gives us right exposure that adds to the confidence of these youngsters," she explained. 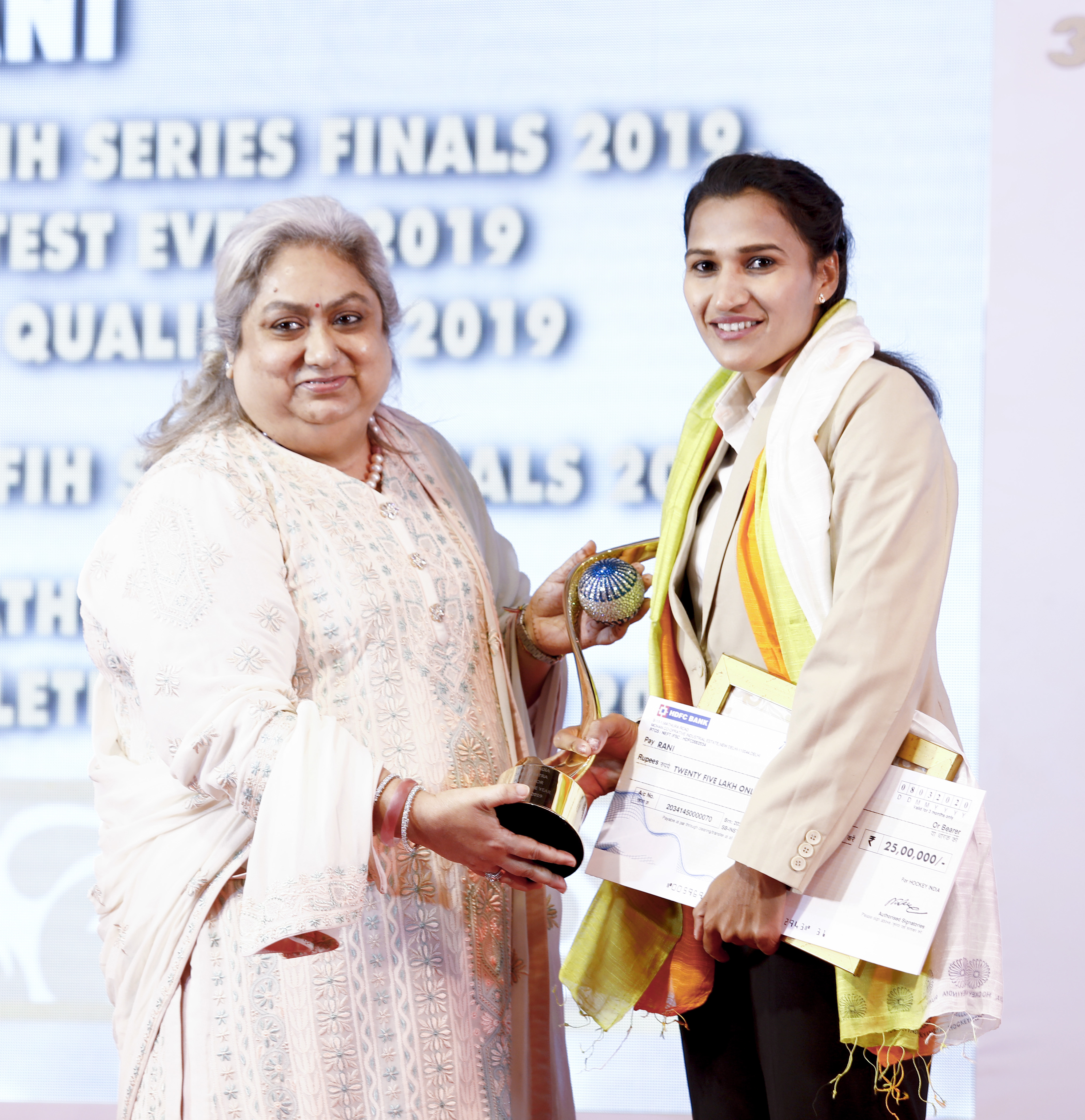 Further emphasizing on the importance of timely rewards, Rani who won a total sum of Rs 35 Lakhs earlier this year for winning the Dhruv Batra Player of the Year Award (Women) for which she received Rs 25 lakhs and also a cash prize of Rs 10 lakhs for winning the prestigious World Games Athlete of the Year 2019 award, said: "I don't think any other Federation gives away cash awards of this magnitude. For a young player like Lalremsiami who also won a total cash purse of Rs 15 lakhs at the Hockey India Annual Awards makes a huge difference because it takes away the financial burden her family is facing especially after her father passed away last year. Since many of the players come from difficult economic backgrounds such monetary support definitely helps and we can focus purely on hockey. Almost everyone in our team has a job and playing hockey has made us financially independent at a very young age."

Rani further said she continues to egg her team on for the Olympic Games saying doing well there would be life changing. "Look at how lives of PV Sindhu and Saina Nehwal has changed after doing well at the Olympic Games. They are not only sporting icons in the country but they are also self-sufficient, independent women and it's because of their achievements in sports. I wish similar success for our team and we are working towards it. We have that fire and hunger to excel and we know doing well at the Olympics will change our lives for the better," Rani concluded.