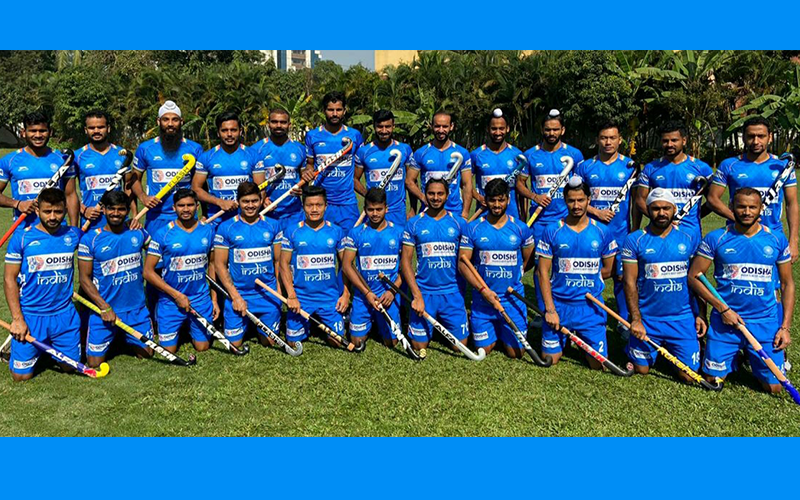 Hockey India on Tuesday named 24-member Indian Men's Hockey squad for the upcoming matches against World No.2 Australia in the FIH Hockey Pro League 2020 to be held on 21 and 22 February 2020 at the Kalinga Hockey Stadium, Bhubaneswar.

The team, which recently climbed to No. 4 in the FIH World Rankings, will be Captained by Manpreet Singh with Harmanpreet Singh serving as the Vice Captain. After having faced World Champions Belgium earlier this month where the team produced a 2-1 win in the first match, and then lost 2-3 in the second match, the 24-member Indian Men's Hockey squad consists of Goalkeepers PR Sreejesh and Krishan Pathak, with outfielders Amit Rohidas, Surender Kumar, Birendra Lakra, Harmanpreet Singh, Varun Kumar, Gurinder Singh, Rupinder Pal Singh also part of the squad which is going to face FIH Hockey Pro League Defending Champions Australia.

Speaking about the team selected to take on World No. 2 Australia, Chief Coach Graham Reid said, "After having two high intensity matches against the World Champions, we will be facing another strong team in Australia. We have again gone with a strong group of players who can provide us with a good balance throughout the field, and help us in competing against one of the best teams in the world."

Please find below the 24-member Indian Men's Hockey squad to face Australia on 21 and 22 February 2020 at 1900hrs IST at the Kalinga Hockey Stadium in Bhubaneswar.