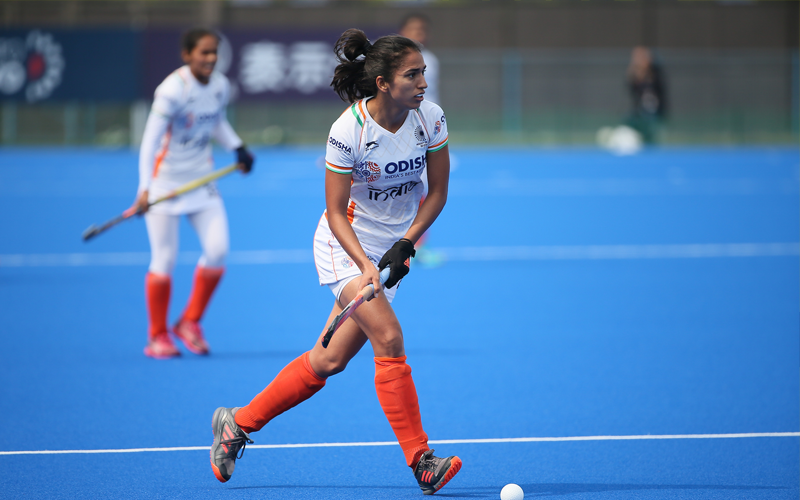 Hockey India on Tuesday announced the nomination of Indian Women's Hockey Team Captain Rani for the prestigious Rajiv Gandhi Khel Ratna Award while her compatriots Vandana Katariya, Monika and Harmanpreet Singh have been nominated for the Arjuna Award. For the Major Dhyan Chand Award for Lifetime Achievement, Hockey India has recommended former India stalwarts Dr RP Singh and Tushar Khandker. Coaches BJ Kariappa and Romesh Pathania have been nominated for the Dronacharya Award.

The period of consideration for the Rajiv Gandhi Khel Ratna Award is between January 1, 2016 to December 31, 2019. In this while, Rani has led the Indian Women's Hockey Team to historic victories in the Women's Asia Cup in 2017, Silver at the 2018 Asian Games and played a critical role in the FIH Olympic Qualifiers in 2019 by scoring the deciding goal that helped in India's qualification for the Tokyo Olympics. In this period, the Indian Women's Hockey Team also climbed to a career-best FIH World Ranking of No.9. First from India to be named as the World Games Athlete of The Year 2019, Rani has also been the recipient of the Arjuna Award in 2016 and the prestigious Padma Shri award in 2020.

Meanwhile, striker Vandana Katariya who has over 200 International Caps and Monika with over 150 International Caps, both recommended for the Arjuna Award, have played key roles in the Indian Team's sensational wins in 2019 which include the FIH Series Finals in Hiroshima, Tokyo 2020 Olympics Test Event and the FIH Hockey Olympic Qualifiers in Bhubaneswar.

Indian Men's Hockey Team dragflick sensation Harmanpreet Singh, also shortlisted for the prestigious Arjuna Award, stepped up his role in the team and shouldered the responsibility of Vice Captain with aplomb. As a defender-dragflicker he was instrumental in the team's winning performance in the FIH Series Finals in Odisha. At the Tokyo 2020 Olympics Test Event, he captained the team to victory in the absence of Manpreet Singh who was rested for the tournament. Harmanpreet was also part of the Indian team that won the FIH Hockey Olympic Qualifiers against Russia last year.

While former India stars Dr RP Singh and Tushar Khandker's continued contribution in the field of Hockey has led to their recommendation for the Major Dhyan Chand Award for Lifetime Achievement, BJ Kariappa who is nominated for the Dronacharya Award has Coached the Indian Junior Men's Team to Silver Medal at the Sultan of Johor Cup in 2019. Romesh Pathania, on the other hand, continues to serve the sport as Coach of Punjab National Bank.

Speaking about Hockey India's recommendations for the prestigious National Awards, Hockey India President Mohd Mustaque Ahmad said, "Sardar Singh was the last hockey player to win the Rajiv Gandhi Khel Ratna Award. Rani has set new benchmarks in Women's Hockey and we at Hockey India feel she is very deserving of the top award. We are happy to endorse Vandana Katariya, Monika and Harmanpreet Singh for the Arjuna Award for their excellent performance for India in 2019. Dr RP Singh and Tushar Khandker nominated for the Major Dhyan Chand Award for Lifetime Achievement and Coaches BJ Kariappa and Romesh Pathania nominated for the Dronacharya Award have contributed to Indian Hockey in their respective roles as players, administrators and coaches. They contribute to help build the sport and achieve our goals. It is with pride and happiness that Hockey India recommends these names for the prestigious National Awards."