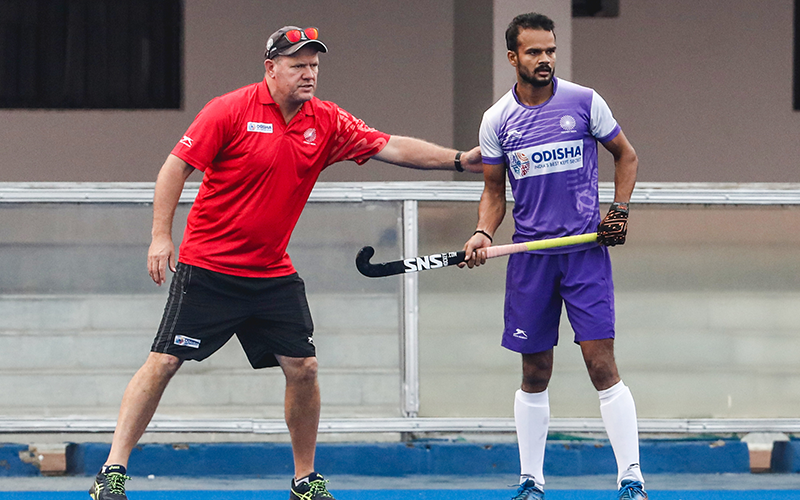 Following the growing concerns around the COVID-19 pandemic and the announcement jointly made by the International Olympic Committee (IOC) and Tokyo 2020 Organising Committee today to postpone the Tokyo Olympic Games to 2021, Hockey India today confirmed that they will be working closely with the Chief Coaches of both the Indian Men's and Indian Women's Hockey teams in order to work out on a new suitable schedule for both the teams to keep the ongoing preparations on track for the quadrennial event.

"We have informed the Chief Coaches about the postponement of the 2020 Tokyo Olympic Games. Of course there is a sense of disappointment but the Covid-19 situation is unprecedented and has impacted the entire world. We will, however, continue our pursuit along with the Indian Olympic Association, Ministry, Youth Affairs & Sports and Sports Authority of India to achieve success at the Olympic Games and our goals remain unchanged. We will do everything in our capacity to offer the best competition and training opportunities for both our teams in the lead up to the Olympic Games," stated Hockey India President Mohd. Mushtaque Ahmad.

Both the Indian Men's & Indian Women's Hockey Teams are currently in National Camp at the Sports Authority of India Campus in Bengaluru, and Hockey India, after consultation with the Sports Authority of India, will hold a meeting with the Chief Coaches of both teams, in order to map out a training and fixture schedule for the teams who were to take part in the Olympic Games in July-August this year.

"It is very disappointing that the Olympics will not go ahead in 2020, but given the unprecedented circumstances facing the world at present it is totally understandable and expected. I feel sorry for all the athletes who have dedicated the last 4 years of their life for this, however postponement rather than cancellation will give most of them enough motivation to continue to push through this tough period," expressed Indian Men's Hockey Team Chief Coach Graham Reid,

He further added, "The positive in this situation for us is that we have another year to work with this young squad. We are lucky that SAI has provided us with a safe environment and that we can continue to train. Unlike many other countries, there is no time lost for us. We will now rework our programme and be ready for International competition as soon as restrictions are lifted. I think the recent FIH Hockey Pro League games against the top 3 teams in the world showed that we are competitive. I’m excited to think about what this team can do with another year under its belt."

Meanwhile, the Indian Women's Team Chief Coach Sjoerd Marijne said the girls motivation is undeterred by the news of postponement of the Olympic Games. He said, "I just had a meeting with the team and broke this news to the group. Though it is disappointing, the girls told me, 'It's ok, Coach. We will continue to work the way we are and this probably gives us more time to prepare for the Olympic Games and be our best.' Clearly, the girls' motivation is undeterred by this announcement and we will continue to look at the positives and work hard to be our best. I am sure once the situation around Covid-19 improves, we will sit down with Hockey India management to plan out a fresh calendar for the preparations leading up to the Olympics next year."