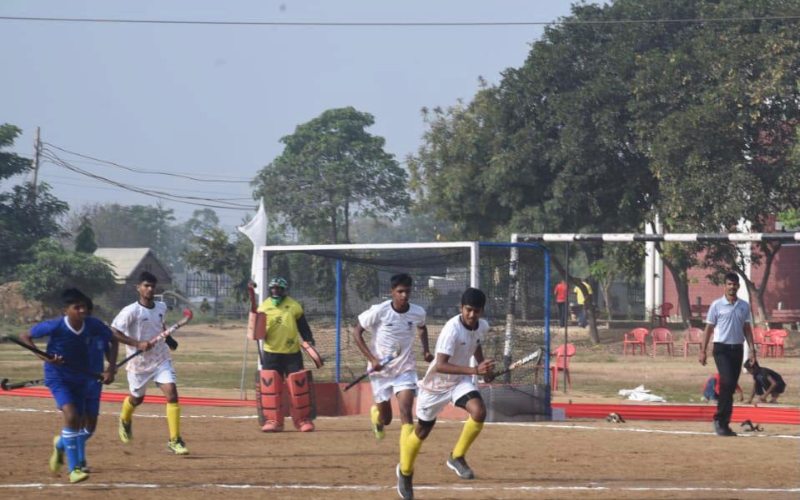 Hockey Haryana coach Gurvinder Singh was elated after his team reached the Final, and was confident of lifting the trophy.

He said, "We prepared very well before the start of the tournament and I couldn't have asked more from the boys in the Semi Final against Manipur Hockey, who are a good team. Today we showed a lot of fight. We need to be wary of Hockey Jharkhand's threat in the Final. But I am confident that we can win the 11th Hockey India Sub Junior Men National Championship 2021."

In the second Semi Final, Hockey Jharkhand beat Uttar Pradesh Hockey 3-1 in a shootout to enter the Final after it finished 2-2 in regulation time.

Hockey Jharkhand were in control after taking a 2-0 lead in the first half through goals from Nmit Dohdray (3') and Abhishek Tigga (16'). Uttar Pradesh Hockey pulled one back in the fourth quarter with Raza Ali (50') scoring a field goal. With just one minute left for full time, Shahrukh Ali (59') scored to level scores 2-2. Hockey Jharkhand goalkeeper Duga Munda saved three of Uttar Pradesh Hockey's attempts in the shootout.

"Our target was to reach the Semi Final but I'm delighted that the boys held their nerve today," Hockey Jharkhand coach Adam Horo said after his side's thrilling win in the Semi Final.  "I am delighted that we have reached the final. Honestly, I was nervous before the shootout as we didn't get enough practice time but our goalkeeper was fantastic. As a coach, I am proud of my boys," Horo added.

The 3rd/4th place match between Manipur Hockey and Uttar Pradesh Hockey will start at 0900 hours on Thursday, 25th March 2021. The Final match between Hockey Haryana and Hockey Jharkhand will commence at 1600 hours tomorrow.