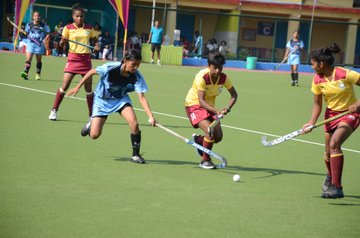 They dominated the proceedings right from the start with goals being scored in almost every quarter. It was Kamla Singh (2') who opened the score board for the team followed by goals from Neha Lakra (8', 58'), Toppo Dipi Monika (22'), Mamta Kindo (27'), Sandhya Kujur (43'), Jyoti Chhatri (49', 55') and Aten Topno (59'). Their consistent effort in the group stage saw them make the Quarterfinals.

All the matches are being streamed live on watch.hockey and the Jharkhand State Government official you tube channel.