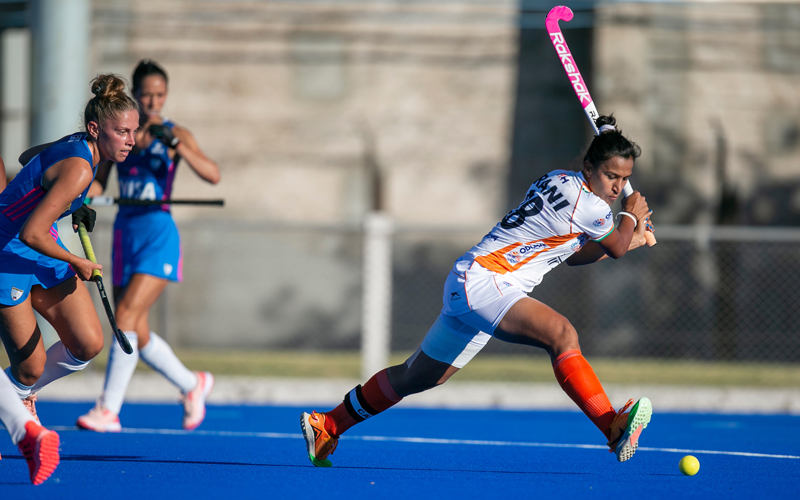 Indian Eves equalised late in the game through captain Rani Rampal to earn the Indian side side a 1-1 draw against Argentina Junior Women's Team at Cenard in Buenos Aires.

In their second match against the Argentina Junior Women's Team here at Cenard in Buenos Aires, the Indian Women led by striker Rani drew 1-1 in a closely-fought match. It was Skipper Rani's goal that helped hold the home team 1-1. In their previous game too, both teams had drawn 2-2.

"Today the quality of play was better and that's why we are here - to improve in every match. Today players got the chance to show their best and these are players who normally don't get a chance to make the 18-member squad so it's good they are able to get international exposure. It is also good for the core group that we are getting to try more players and see how different combinations work," expressed Chief Coach Sjoerd Marijne.

Having begun the match on an attacking note, equipped by good speed and precision in rotating the ball, India looked for potential openings in the striking circle. Their attempts won them PC in the very first minute of the match. But Gurjit Kaur's powerful drag was saved by Argentine goalkeeper. 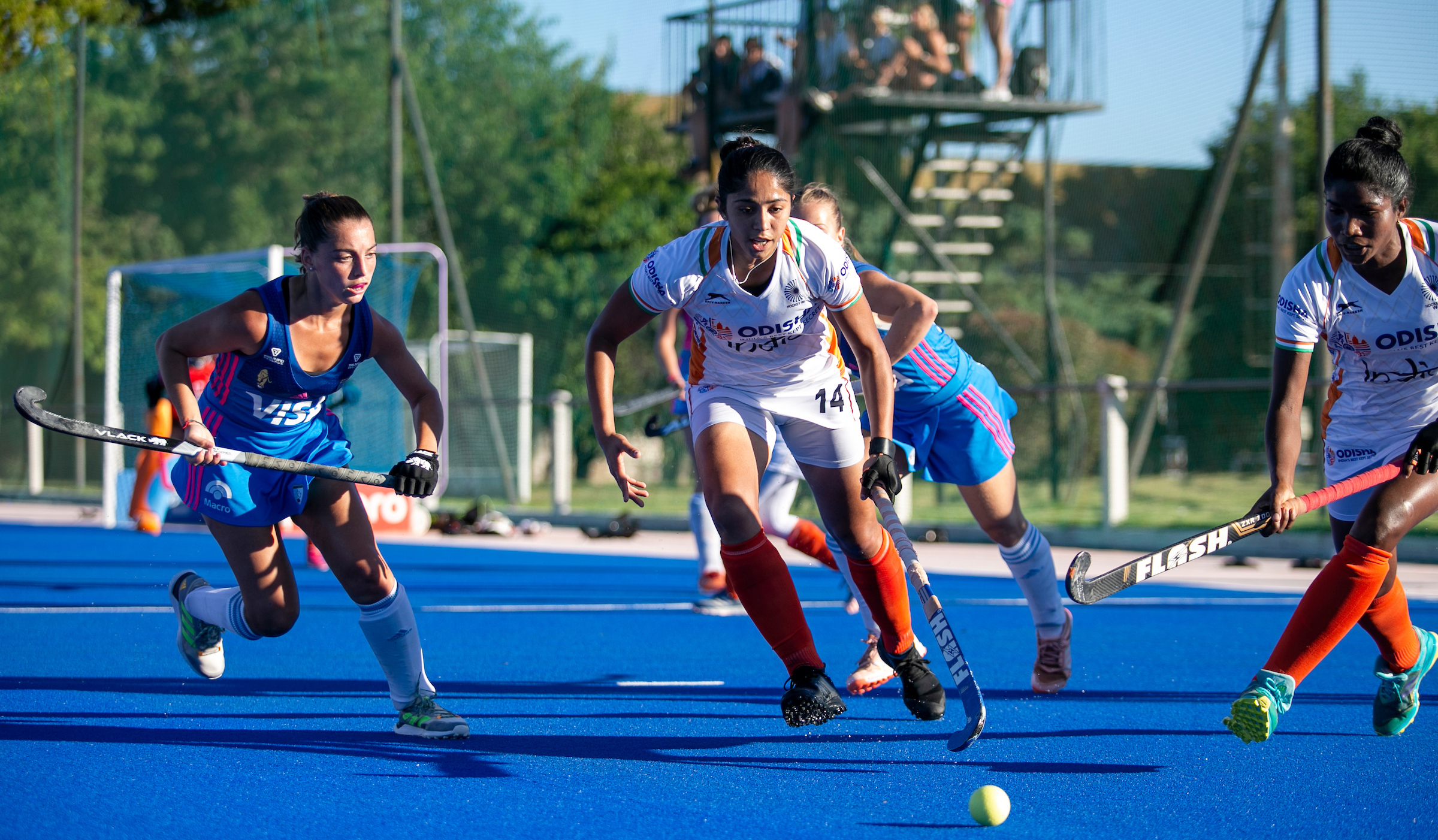 India won another opportunity in the 5th minute when they earned a PC, but Deep Grace Ekka's shot went wide, missing the net. In the following minutes the home side won three PCs in the 9th, 11th and 13th minute. They converted the goal in a retake in the 13th minute taking a 1-0 lead.

While India created plenty of opportunities to score in the second and third quarter, making a number of circle penetrations, they were unable to beat the Argentine defence. India earned four more PCs (37th, 43rd, 48th and 58th minutes) in the course of the game and eventually succeeded in the 58th minute when a powerful injection by Navneet Kaur was well received and powerfully struck by Rani.

"We created enough opportunities to score more and this is an area we need to keep working on. We have a break of two days before our next game against the Argentina B team and we look forward to the challenge," stated Marijne.

India will take on the Argentina B Team on 23rd January at 0230 hours IST.