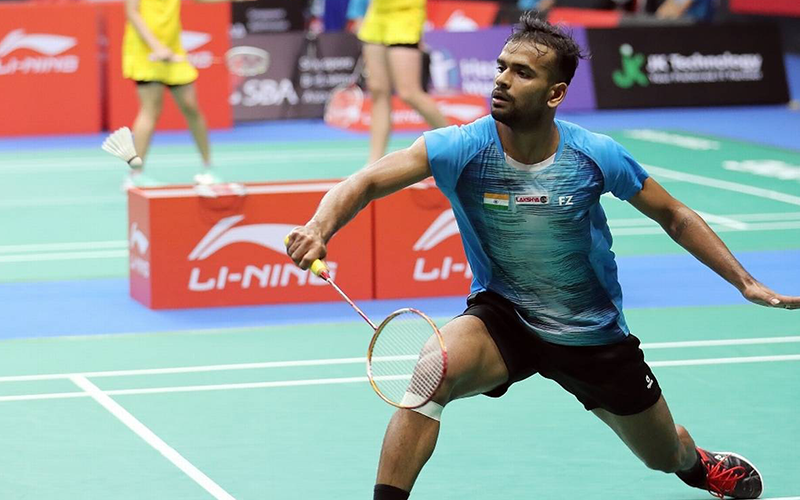 Subhankar Dey, a less spoken about badminton prodigy from West Bengal and the current World No. 46 (December 15, 2020) recently spoke at length about his career and the struggles he had endure in this journey from Kolkata to Mumbai and eventually going on to defeat two-time Olympic gold-medalist Lin Dan in the SaarLorLux Open Badminton Championship in 2018.

Subhankar, who also plays for the Awadhe Warriors in the Premier Badminton League, like most other sportsmen had to stay away from playing the game for a long time due to the nationwide lockdown. It got boring for him eventually. He said. “Initial 2-3 months I was motivated but then started getting bored. Luckily I have my own centre at Mumbai and I have a few students. So they started doing online sessions and we started doing physical sessions and that’s how I killed my time.” Subhankar also has an academy in Kolkata which was started with his own money as he wanted to give something back to badminton, especially in Kolkata where he believes the infrastructure is not of great standards. After that, he opened his Mumbai academy as well.

In a recent interaction on Sports Tiger’s show ‘Building Bridge’, Subhankar on being asked about his feelings on defeating an Olympic gold medalist, expressed his happiness and told that it was a dream come true moment for him. He said, “When I was small, my sister made a big poster for me of Lin Dan and I used to sleep next to it. And I used to think that one day I will play against him. I never thought of defeating him that time since I was very small.It was always a dream for me. I wanted to see Lin Dan, play like him and copy him when I was in Kolkata.”

On being asked about his win against Lin Dan, Subhankar added, “I celebrate a lot after every win but after defeating Lin Dan, I did not celebrate at all. It was quite surprising as everybody in India was like, you beat Lin Dan, so some expression should be there. But I just went and shook hands and left. That was the respect I had for him.”

The 27 year old shuttler first rose to national prominence when he defeated B. Sai Praneeth in the quarterfinals of the senior badminton nationals held in Nagpur in 2017 and the win against Lin Dan in 2018 ensured he grabs national headlines.

Going down the memory lane Subhankar also spoke about his early days in Kolkata and how his elder brother and sister inspired him to take up the sport. He moved to Mumbai with just Rs 500 and terms that as the turning point of his career. He said, “I feel my turning point was when I came to Mumbai. I started performing well after moving there on India level. Initially there weren’t any sponsors but I became India No.6 and became part of Asian Championship U-19, that time I got a scholarship from Hindustan petroleum of Rs 12k. That was the first scholarship I got for me and it was a huge amount for me at that time.”

Life has come a full circle for this champion shuttler who was once rejected by Hyderabad Academy and considers himself extremely lucky to get the opportunity to play for an European club. Subhankar, who was training in Bangalore under Tom John before his move to Europe was happy there but had to make the move because of the high fees and his desire to play in more international tournaments. Almost 20 key tournaments are played in Europe every year was another factor which influenced his move. He spoke about his European journey and mentioned, “I mailed almost 30 clubs all over Europe and I got a reply from Denmark. And then I said, fine. It was small money but I thought, this is the opportunity, maybe I will go there and at least I will learn a lot of things and see how it is going. That’s how I went to Denmark”

On his future plans, Subhankar clearly said that he wants to go with the flow and break into the Top 20 next year.