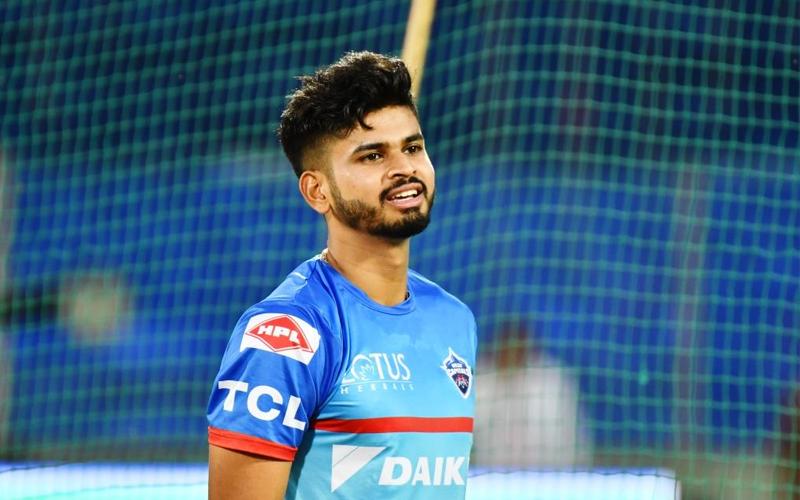 I Have Solved India’s No.4 Conundrum, There Should Be No Debate: Shreyas Iyer

The 25-year-old was seen speaking during a LIVE session with the franchise’s official Instagram handle on Monday.

An inspirational leader on the field and a role model off it, Delhi Capitals’ skipper Shreyas Iyer took time out to interact with fans over an Instagram LIVE session on Monday evening.

A regular in Team India’s limited overs squad, the past year saw Iyer put up a string of consistent performances that helped the Men in Blue finally end their search for the perfect batsman at No. 4. “If you’ve been playing for India for a year now at a certain position, I think you’ve sealed that spot, no more questions should be asked about it. There was so much debate going on about the No. 4 position for so long, so now it’s satisfying to have cemented my spot. But every player must be flexible, and so am I, and I’m willing to bat at any position depending on what the match demands,” Iyer said.

Read: IPL 2020: Cancel, delay or behind closed doors - How much will it cost the BCCI?

Praises have been showered on the talented 25-year-old from various quarters including Indian captain Virat Kohli. “It’s a phenomenal feeling when Virat Kohli compliments you. He truly is a leader and a role model. His hunger is never ending, and he’s a relentless athlete. Each time he goes out on the field, it’s like he’s out there for his very first game. He’s like a lion, and there’s so much to learn from him,” expressed Iyer. Iyer was picked up by Delhi Daredevils at the IPL auction in 2015. It was a breakout season for the youngster, who ended the tournament with 439 runs and the Emerging Player award, but not without a massive hurdle, which he spoke about on Monday. “I had fractured my index finger after third game, and the doctor said I couldn’t play,” he said. “Gary Kirsten was coaching us then, and he said, you can hide somewhere in the field, but we need you to bat for us. I agreed, I could’ve done anything for the team.”

The Mumbai boy was handed over Delhi’s captaincy midway through the 2018 season, when he had to step into Gautam Gambhir’s shoes. Not one to shy away from a challenge, the move in fact brought out the best in Iyer. “When I joined Delhi, somehow I knew, a situation like this would arise one day, and that’s why I was always prepared for it mentally,” he said. “When I smashed 93 vs KKR in my first game as captain, I knew I was ready. A lot of pundits had questioned the decision, but the results were there for everyone to see, and the team signed off on a high that season beating some big teams,” he added.

2018 was just a teaser of Iyer and Delhi’s potential, as the team, now rechristened to Delhi Capitals, became the talk of the tournament in 2019, finishing a phenomenal third. “The aim was to make it to the playoffs, which we did. However, we failed at the last hurdle, but I believe winning the title is something that this team can definitely achieve in the future,” said the young captain.

Read: Six players who could loose out on a World Cup dream If IPL gets cancelled

Having Australian legend Ricky Ponting at the helm of affairs in Delhi is a big reason behind the results coming in, Iyer admitted. “It felt so good when I first worked with him in 2018. There’s so much you can learn just from his body language, which is all about positivity. You feel like he doesn’t judge players, and treats everyone equally, which is the sign of a good coach. Kudos to him for that approach he has, and I believe that has helped us a team, and me individually as well.”

The skipper was also seen urging fans to keep supporting their team, even if it is from their homes. “Last year it was amazing to see the fans come in blue and cheer us. We don’t know if they will be allowed in stadiums if the IPL is played this year, which is unfortunate, but I would request them to continue showing their love and support for team through social media. It motivates us hugely,” he said.