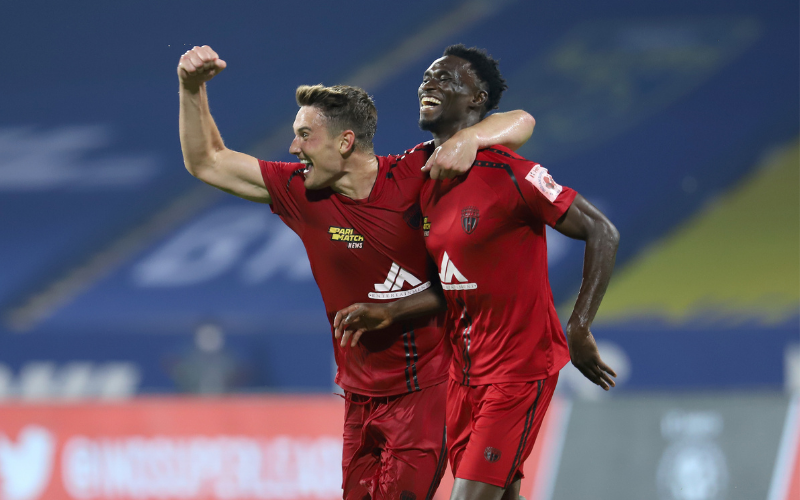 It was an action-packed fixture from start to finish.

In a low-quality game marred by officiating controversy, substitute Idrissa Sylla found a goal out of nowhere in the dying minutes of the game to help NorthEast United complete a splendid comeback against Kerala Blasters in the Hero Indian Super League Season 7 at the GMC Stadium on Thursday.

Goals from Sergio Cidoncha (5') and Gary Hooper (45') gave Kerala a first-half lead. But Kwesi Appiah (51') halved the deficit before Sylla's late equaliser (90') in injury time ensured a point for the Highlanders.

Blasters turn things around to lead 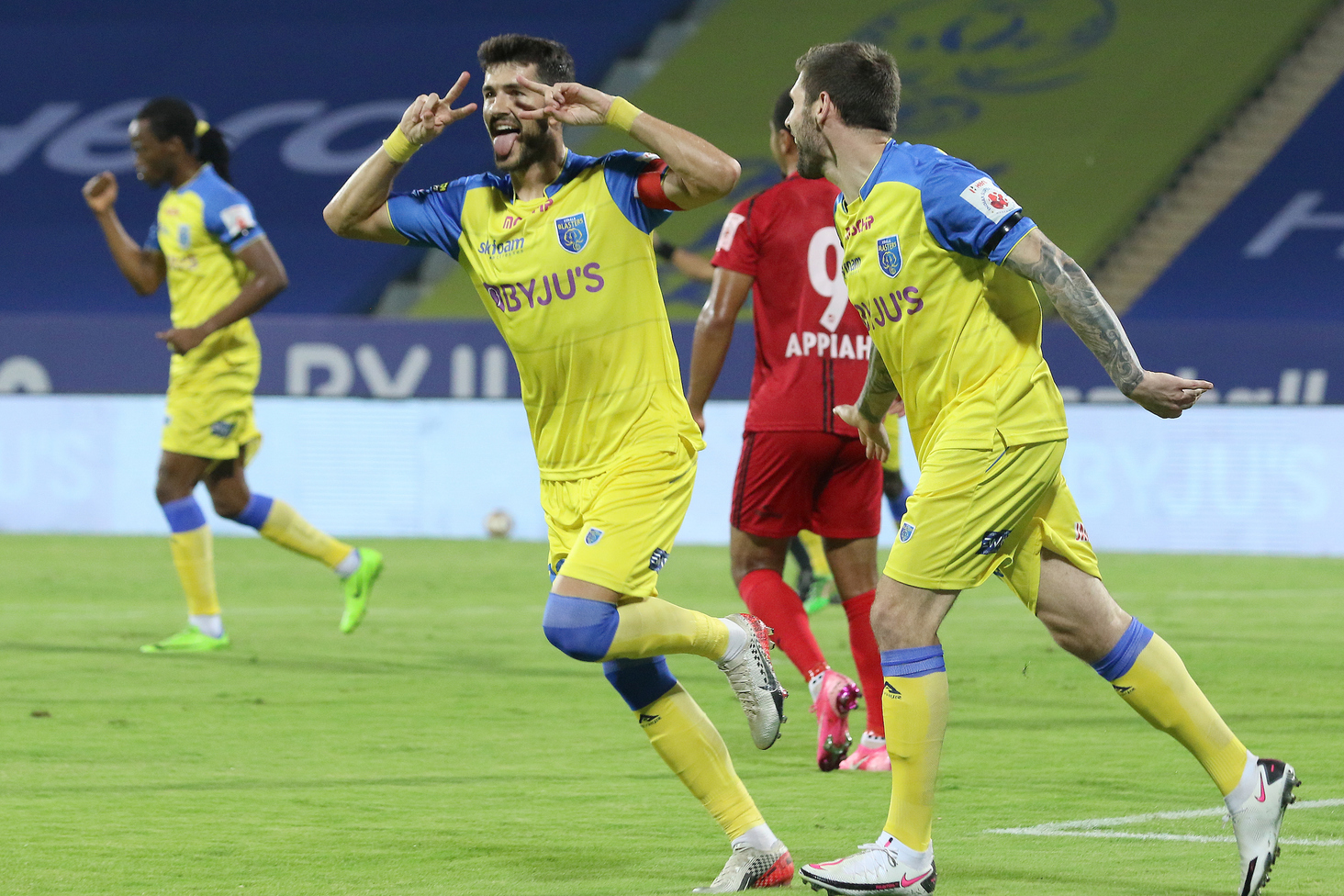 After a minute's silence to honour Diego Maradona, Kerala got off to a dream start with Cidoncha heading in a Seityasen free-kick in the 5th minute. The Spaniard's looped header was a thing of beauty — no goalkeeper in the world could have saved that. Sahal Abdul Samad's absence had meant that Cidoncha was playing higher up and that strategy worked a treat.

In the 23rd minute, Hooper fluffed a sitter when NorthEast's defense was caught off guard. Cidoncha, after receiving the ball from Hooper, squared it back to him, with the Englishman facing an open goal. Hooper's first-time shot, though, blazed over the bar.

Both teams struggled to create clear-cut chances until the end of the first half until an offensive move from Kerala ended with the referee pointing to the spot. Rakesh Pradhan was rather harshly adjudged to have slashed Lalthathanga Khawlhring down. Hooper fired the resulting penalty straight down the middle. NorthEast keeper Subhasish Roy Chowdhury managed to get a foot to it, but the touch wasn’t enough to keep the ball out. 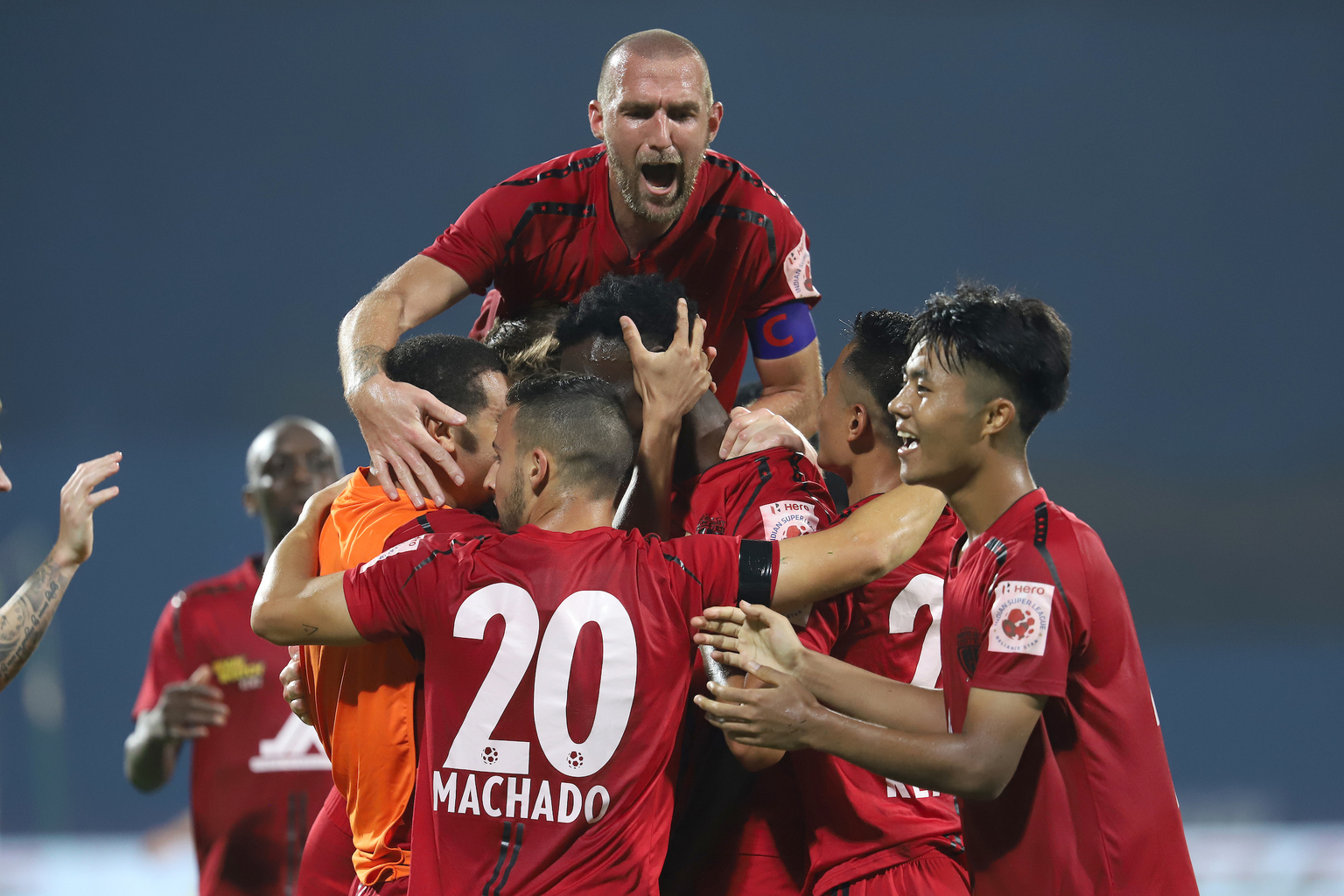 The Highlanders started the second-half positively and were soon rewarded for their intent. Some poor defending by Kerala allowed Appiah to score from close range. However, Appiah turned villain soon later when NorthEast were awarded a penalty in the 65th minute. The Ghanian tried to find Lalengmawia, but the latter was brought down in the box by Jessel Carneiro. Appiah stepped up to take the penalty but his spot-kick hit the crossbar before ricocheting out.

Minutes after his miss, Appiah was replaced by Guinean forward Sylla who would go on to have a major influence on the game. Nus' side kept knocking on the door and were soon rewarded for their efforts.

Sylla missed a chance to draw level in the 83rd minute when he directed a header over the bar. But he made up for that in injury time, superbly controlling a long ball from Gurjinder Kumar with his chest before powering home past Kerala keeper Albino Gomes. In the end, the draw ensured that NorthEast remained unbeaten after two games.