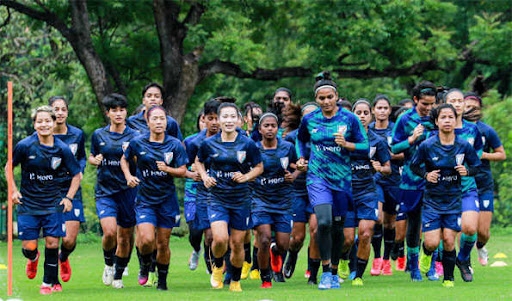 In a first, Indian women’s football team to play against World No.7 Brazil in international tourney

The Indian women’s football team will take on former World Cup runners-up Brazil for the first time ever during an international tournament later this month as part of its preparations for next year’s AFC Asian Cup.

Chile, ranked 37th in FIFA chart, and Venezuela (56th) are the other teams that the 57th-ranked Indians will face in the November 25 to December 1 tournament to be held in Manaus, Brazil.

The world number seven Brazil, who were the 2007 World Cup runners-up and Olympics silver medallists in 2004 and 2008, are captained by superstar Marta Vieira da Silva, who is widely considered as the greatest female footballer in the world.

Marta, the six-time World Player of the Year, was the best player and top scorer in the 2007 World Cup. She is Brazil’s top international scorer with 112 goals from 167 matches.

It is not yet known whether the 35-year-old Marta will feature in this tournament but it will certainly be one of the toughest tournaments the Indian women’s team has ever taken part.

“This will be the first time any Indian senior national team will be playing against either Brazil, Chile or Venezuela,” the All India Football Federation (AIFF) said in a release.

The exposure tour is part of the Indian women’s team’s preparation for the AFC Women’s Asian Cup to be held in Mumbai and Pune from January 20 to February 6 next year.

“As the governing body, we want to provide the best platform for preparation for our women’s senior team as they prepare for the AFC Women’s Asian Cup India 2022,” AIFF General Secretary Kushal Das said.

“Brazil and Chile are regular World Cup teams, and I am confident playing against such opposition will help our women’s team to grow in stature.”

The Indian women’s team had last month travelled to Dubai, Bahrain and Sweden to play a series of friendly matches. Last year, they had gone to Turkey and Uzbekistan for exposure tours.

Das also said that the AIFF is finalising the schedule for the four-nation tournament in Kerala in December for the women’s team to gain valuable international exposure.

Glan Martins: 'I am working to build up my strength'