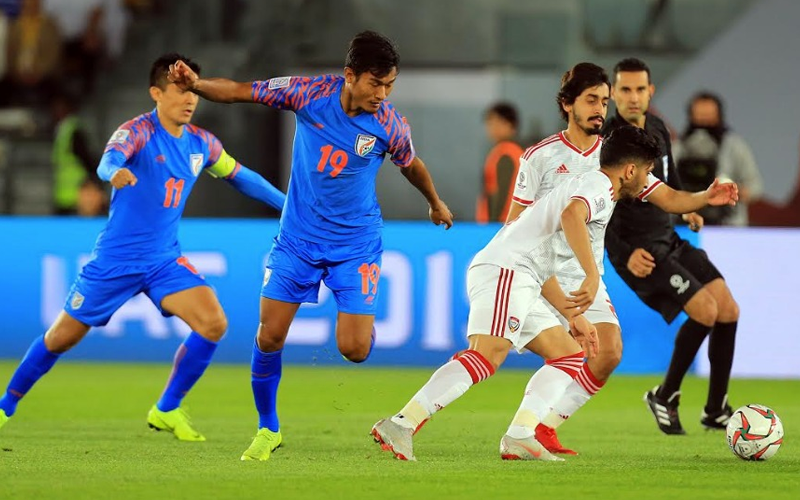 India On Track in association with Portuguese football club GD Estoril Praia has established International Football Development (IFD) programme, a football training programme to provide opportunities for participation and individual development in Europe to young aspiring footballers in India. The high end academy based in Lisbon offers a best-in-class coaching curriculum focusing on all round technical, tactical and physical aspects of a player’s development.

IOT strives to enroll highly motivated male and female footballers who share a common goal – to obtain a premier education and elite football training through a robust and competitive program. The IFD programme achieves success through an intense training and competition schedule. Its superb sport performance facility guarantees student-athletes have the opportunity to develop throughout the entire calendar year.

Read: Bhaichung Bhutia to have stadium named after him

“As a sports management company, it has been our endeavor to orchestrate the best global strategic partnerships in sports that not only benefits individuals, but also the sporting ecosystem in India. Through the current programme, we are planning to build a development model that integrates a strong football curriculum at one of the best youth football clubs in Europe, including state-of-the-art training ground, equipment, well maintained facilities under the guidance of Pro UEFA qualified coaches to develop the highest potential in every player “said Mr. Vivek Sethia, CEO India On Track.

The programme is headed by Hugo Leal, a reputed Portuguese International player who also spearheads the youth development programme at Estoril. His visionary leadership and passion for the holistic development of young players positively influenced IOT's tie-up with Estoril. A former international player, Hugo has played for clubs such as Porto, PSG and Benfica apart from his home club Estoril.

“I am privileged to be spearheading this amazing program which focusses at providing a very robust training curriculum to young football aspirants from India. The program has been running very successfully so far and we have kids from USA, Canada, South America, Africa, Asia including India. We have had one Indian player, Jay gupta who has now graduated to the Estoril B team. Some players like Ujjawal Shah, Jay Gupta and Ishaan played for local Portuguese clubs like GDR Fontainhas De Cascais (Juniores U-19) and GDES De Cascais (Juniores U-19) and GD Estoril Praia (U-13) respectively. So overall I can confidently say that there is a pool of Indian players who are being developed to become world class talents.”  Said the program director, Mr. Hugo Leal