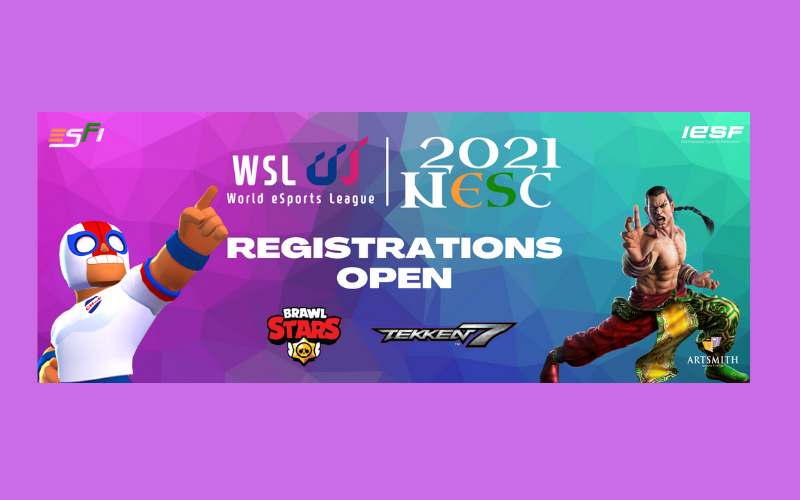 The Esports Federation of India (ESFI) is all set to roll out the India qualifiers for the World Esports League (WSL) 2021 from September 29 to 30.

The World Esports League is hosted by Technoblood Inc. and organised by the WSL Organising Committee in partnership with the International Esports Federation (IESF). Owing to the Covid-19 pandemic, the India Qualifiers will be held virtually with top athletes from across the country competing and showcasing their skills and strategies. Popular fighting game TEKKEN7 and multiplayer online battle arena and third-person hero shooter video game Brawl Stars (3V3) will be part of the event.

“A tight-knit fight gaming community in India has extreme potential, one that we keep witnessing in many esports tournaments in the country. Tekken7 has a legacy of being the best fighting games and we are confident that esports athletes coming over from across the country will be putting up a spectacle of their own. Brawl Stars is a very popular game among the children between 16-21 years of age and we will witness some budding superstars coming out as national champions and bringing the laurels for our country at the Global Finals. This is a very interesting time for esports in India and we are already looking forward to our national qualifiers for WSL ’21,” said Mr. Prabhat Kumar, Director of Esports Federation of India.

The winners of the India qualifiers will be selected to represent the country at the Global Finals of WSL 2021 which are scheduled to take place in Korea from December 16 to 19. The air travel expenses and accommodation of the athletes traveling to Korea will be covered.

In order to take part in the prestigious event, country’s Esports athletes and enthusiasts can register themselves on https://discord.gg/esfi till 26th September 2021.

ESFI continues its partnership with Artsmith-Concepts & Visions as the country’s one of the top Esports and sports-specialised PR firms will extend its support as the communication partner. The qualifiers will be streamed live on ESFI’s official channels on YouTube and Twitch as well as on their Facebook page

Naman Mathur: 'We need to have more games, tournaments and investments in India, I feel then esports will grow at a very large scale'