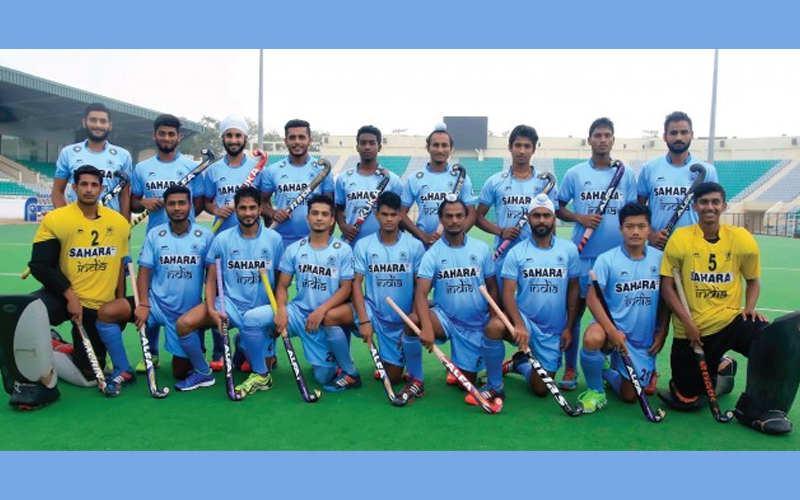 The International Hockey Federation (FIH) on Monday announced India as the hosts for the FIH Junior Men's World Cup 2021. In an official announcement on Monday, the international governing body also announced that the competition will be played towards the end of 2021. The competition, which features the best young U-21 level talent from across the world, will again be heading to India, which won accolades from around the world for hosting one of the best FIH Senior Men's Hockey World Cups in 2018 held at the Kalinga Hockey Stadium, Bhubaneswar.

After having hosted the FIH Junior Men's World Cup in Lucknow, Uttar Pradesh in 2016, where India lifted the coveted trophy, India will again be hosting the biggest Junior-level competition in hockey. The FIH Junior Men's World Cup will see a total of 16 teams compete for the title, out of which six will be from Europe, four from Asia including hosts India, two from Africa, two from Oceania and two from Pan America.

Out of the 16 teams, the six European teams who have already qualified for the event in India are - Germany, England, Netherlands, Spain, Belgium and France, as they secured their berths through performances in the European Continental Championships which were held in 2019.

Reigning Champions India had defeated Belgium 2-1 in the Final match of the 2016 edition at the Major Dhyan Chand Stadium in Lucknow, which saw them lift their second-ever FIH Junior Men's World Cup.

The International Hockey Federation (FIH) has also announced that the venue and dates for the FIH Junior Men's World Cup 2021 will announced at a later stage.

Will come back with greater resolve and work hard to take my game to the next level post lockdown, says Defender Jarmanpreet Singh