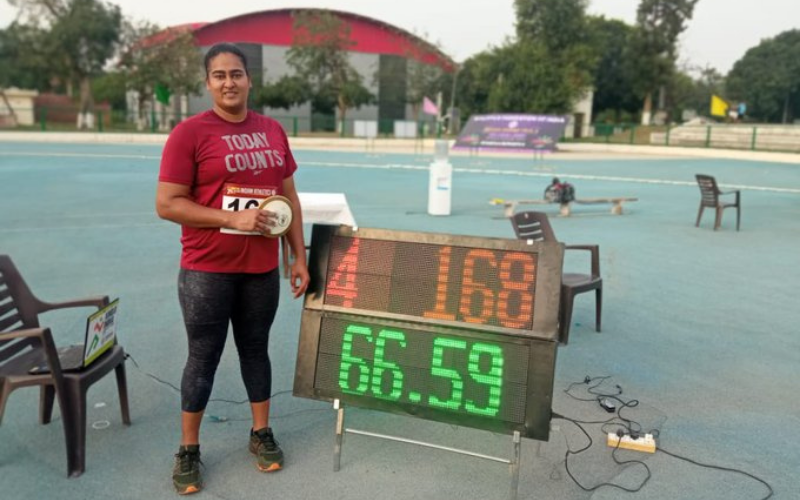 Tokyo Olympics-bound Kamalpreet Kaur bettered her personal best and rewrote the national record yet again in women's discuss throw to win the gold medal at the the ongoing Indian Grand Prix IV in Patiala on Monday. She throw 66.59m in her fifth attempt.

Her effort saw her rewrite her national record of 65.06m,  which she had set at Federation Cup in March 2021.

She became the first woman from the country to breach the 65m mark in March this year. She's added more than a metre to her best in just a few months. https://t.co/gkfShDQhMb