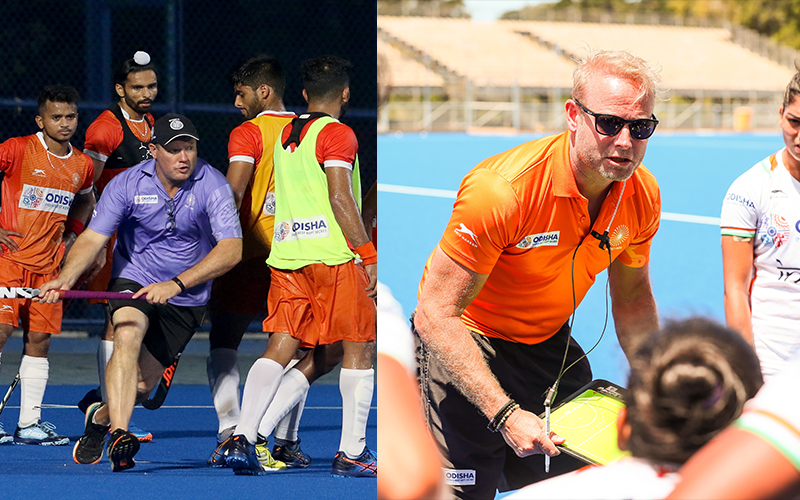 Indian Men and Women's Hockey Teams ready to focus for 2021

With the International Olympic Committee (IOC) officially announcing 23 July 2021 to 8 August 2021 as new dates for the Tokyo Olympic Games, Hockey India along with both Indian Men and Women's Team Coaches and Support staff are already reviewing the opportunities to prepare for the Olympic Games. The IOC and Tokyo 2020 Organising Committee had jointly announced the postponement of the Olympic Games last week owing to the Covid-19 pandemic.

"We were already in the process of looking at possible opportunities in the lead up to the new dates for the Olympic Games next year as it provides more clarity to our approach. Since we have already qualified, the planning becomes easier. We will be working closely with the Indian Olympic Association (IOA), Ministry, Youth Affairs & Sports and Sports Authority of India in this next 15 months to ensure both our teams have the best resources to achieve success at the Olympic Games. At this moment it is not clear which competitions will be available for us to play given the various national Government advisories on the Covid-19 situation, however, both our teams are in a secured environment in Bengaluru and our since the Coaches and Support Staff are also there, our athletes can get back to high-intensity training as soon as we have a go ahead," stated Mohd. Mushtaque Ahmad, President Hockey India.

Meanwhile Indian Men's Team Chief Coach Graham Reid who had expressed that the postponement provides more time to put more things into the team's repertoire said, "It's great to get some clarity about the new starting date for the Tokyo Olympic Games. This allows us to begin the planning process to be ready for July next year. In the meantime, we are looking forward to getting through this current tough period and hope to be back out on the training field as soon as possible."

Sjoerd Marijne, Chief Coach of the Indian Women's Team too said that the team is eager and ready to hit the reset button. "It's good we have certainty when the Olympics will be held and we can work towards that. We are all in the same campus and available for each other in these hard times, a new date for the Olympics is good news for all of us. But for now, we are living by the day, staying strong mentally and physically and wait eagerly to get back to our normal routine. We are prepared to hit the reset button." stated Marijne.

Both Indian Men and Women's Hockey Team core group is based out of SAI, Bengaluru. Please find attached images of both Chief Coaches with players.