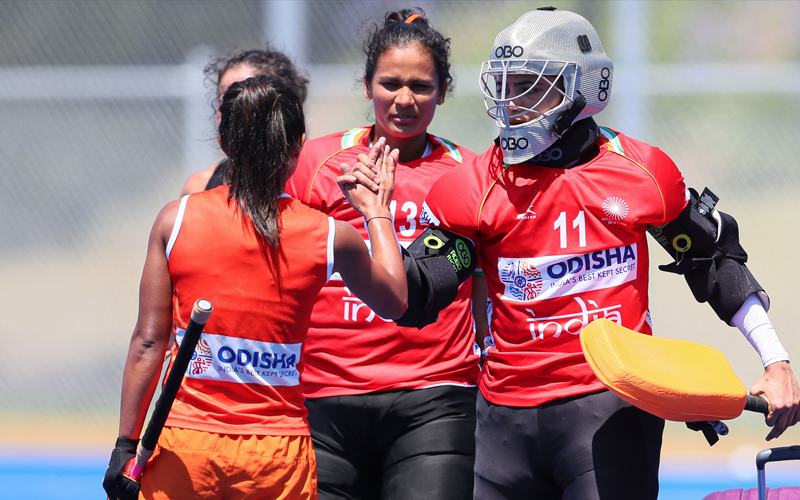 Use applications such as Google docs for wellness data submission and Google forms for training load submissions to update support staff on daily fitness regime.

The Indian Men and Women's Core Probable Group housed in the Sports Authority of India Centre, Bengaluru suspended high-intensity hockey training in the third week of March following a nationwide lockdown. While pitch training was out of bounds, the teams took to indoor workout regime to maintain their fitness.

V.K. Vismaya on keeping everything in perspective

Though the Coaching Staff are also based out of the same facility, to ensure social distancing norms the teams turned to applications that would help disseminate everyday workout schedules to all team members and emphasised on every player using these applications to submit their work load. "Earlier, these apps were mostly used by Coaching Staff to plan the week's activities and share it with us. But during lockdown, with social distancing norms in place at SAI, using Google docs for wellness data submission and Google forms for training load submissions became mandatory to update what we had done during the day and this would further be discussed through video call with Chief Coach or our Scientific Advisor," explained Savita, Vice Captain of the Indian Women's Hockey Team.

Applications like Zoom call or Google Meet has now become the 'in-thing' replacing 'team huddles' or 'team meetings'. Putting things into perspective, Harmanpreet Singh, Vice Skipper of the Indian Men's Team said, "Though our support staff is based in the same campus, we use Zoom calls for individual meetings where we discuss our nutrition intake and also discuss match analysis. We are now used to apps like Google Meet platform which we use for team meetings as all of us can't get into a huddle in the meeting room anymore." Harmanpreet further added that the teams have ensured they learnt something new during the lockdown. "I feel we made use of this time by learning something new. Most of us in the team are gadget freaks no doubt and enjoy using social media platforms to stay in touch with our family, friends and also fans. But using these applications on an everyday basis was something we never did," said the drag-flick sensation Harmanpreet.

While the Indian teams began using the TPA (Team Performance Analysis) software in 2017, players ensured they made maximum use of this during the lockdown when they were all tasked with the activity to analyse key matches played over the last two years. "Chief Coach Sjoerd Marijne introduced us to TPA in 2017 and he made it mandatory that we all have it on our ipads so we can analyse our match. I think we made maximum use of this software during the lockdown and each one of us were asked to study the opponents we personally thought are the toughest. This was one of the most important activity we undertook during the lockdown," added Savita.

While the teams await further guidelines and SOP from the Ministry of Youth Affairs & Sports and SAI in order to resume hockey training, the players are well-prepared to return to the pitch. "I think regularly analysing our performance, both individually and as a team, has given us more clarity on the areas we need to improve and we have discussed at length about the same with Coaching Staff. With regular bodyweight training and indoor workouts, I believe we have been able to maintain good fitness level and we are ready to return to full training," expressed Harmanpreet.