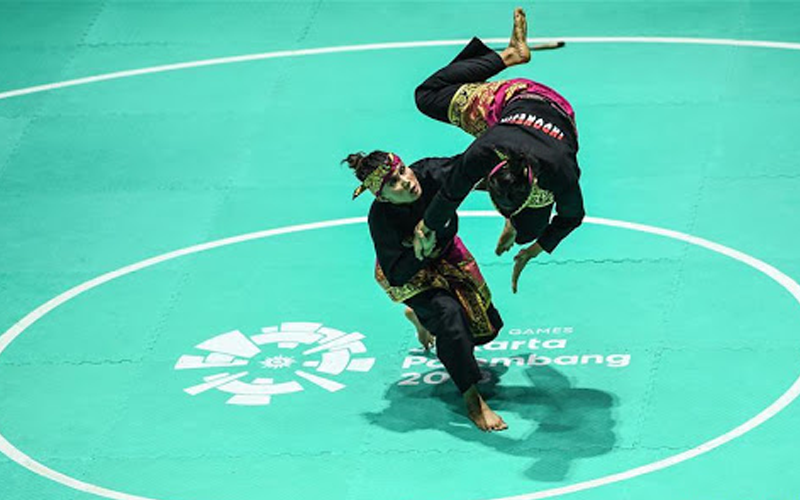 While other sporting codes have been put on hold completely by the covid-19 pandemic, this is however not the case with Pencak Silat as its players have alternatively fallen back on online challenges.

Online — the new buzzword in Indian sports. The electronic game has since grown as a result of the covid-19 induced lockdown which banned all physical sporting activities.

Now the online game has become the day-to-day routine for all – from conducting meetings, seminars to championships, the internet is being used by Sports Authority of India (SAI) and most National Sports Federations to try and function smoothly.

Following in the footsteps of shooting, the Indian Pencak Silat Federation (IPSF) has been conducting non-contact online national championships.

Players has been advised to send their video performance from the comfort of their homes.

“We asked athletes to send in their video performance with a deadline of a week while making it mandatory that the video is performed at their home or terrace. Also, we directed them to maintain social distance and wear mask during their performance,” IPSF CEO Mohammad Iqbal quoted in Mail Today’s report.

In over 155 submissions in the under-14 event, Sheetal from Haryana took the gold among girls while Vivekananda from Karnataka reigned supreme among boys.

This coming week the IPSF will host the junior and senior championships, they confirmed that all the prize winners will be awarded with cash prize and e-Certificate and Rs.1111 prize money for the first place, Rs. 711 for the second place, Rs. 511 for the third and the fourth noting that the fund is to encourage the chess community that have kept the game going despite extreme social distancing.

Iqbal said the cancellation of the nationals was devastating for returning competitors and that an online tournament would give them some consolation.

“We called off the national camp before the lockdown came into effect as we were concerned about the health and well-being of the athletes. At that time 60 of them were at the camp. The training hasn’t stopped for them as the sport allows us one to train indoors. We are keeping regular tab on athletes’ health and preparations for the nationals and World Championships,” said Iqbal, who also praised sports ministry for the support it has shown towards the athletes and the federation.

Indian Pencak Silat Federation (IPSF) concluded their sub-junior nationals on Monday and are all set to host the junior and senior championships in coming two weeks.