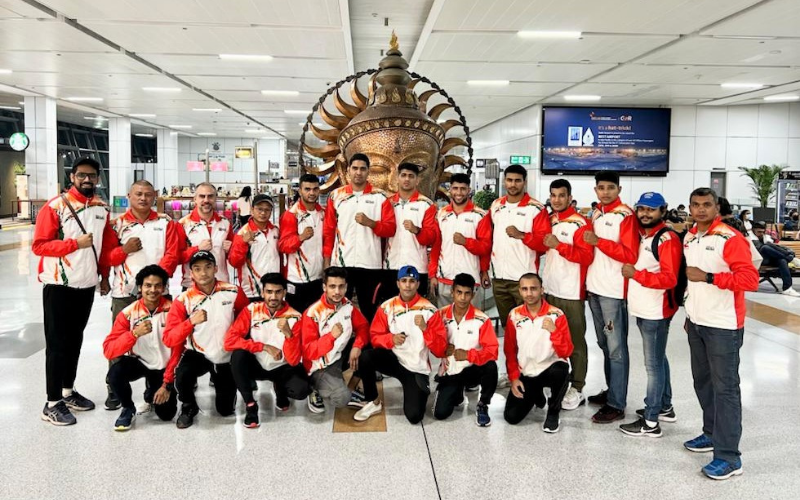 Indian team leaves for Belgrade to participate in World Championships

Press Release
Share
The Indian boxing contingent has left for Belgrade, Serbia from Delhi to participate in the 2021 AIBA Men's World Boxing Championships which is scheduled from October 24 to November 6.
The 2021 Asian Championships gold medallist Sanjeet and 2015 World Championships bronze medallist Shiva Thapa are among the 13 reigning national champion boxers who will represent India at the prestigious event.
Deepak Kumar (51kg), Shiva Thapa (63.5kg), and Sanjeet (92kg) form the experienced core of the 13-strong squad which is made up of this year’s national champions. Of these, Thapa is the only one with the prior experience of competing in the world event, having claimed a bronze in the 2015 edition.
The boxers are accompanied by a rejigged support staff led by High Performance Director Santiago Nieva and newly-appointed head coach Narender Rana. Former Commonwealth Games silver-medallist L. Devendro Singh is among the assistant coaches. This would be Nieva’s final assignment with the Indian team after the Boxing Federation of India decided against giving him a long-term extension at the end of the Tokyo Olympics, where none of India’s male boxers could go past the preliminary rounds.
The World Championships would be the boxers’ first international competitive outing after the Tokyo Games. The preparation for it has been far from ideal as the boxers got just about 10 days to practice in a camp after the National Championship.

PREVIEW: Akash aims for a spot in final, takes on Kazakh boxer in semis at the 2021 AIBA Men’s World Boxing Championships