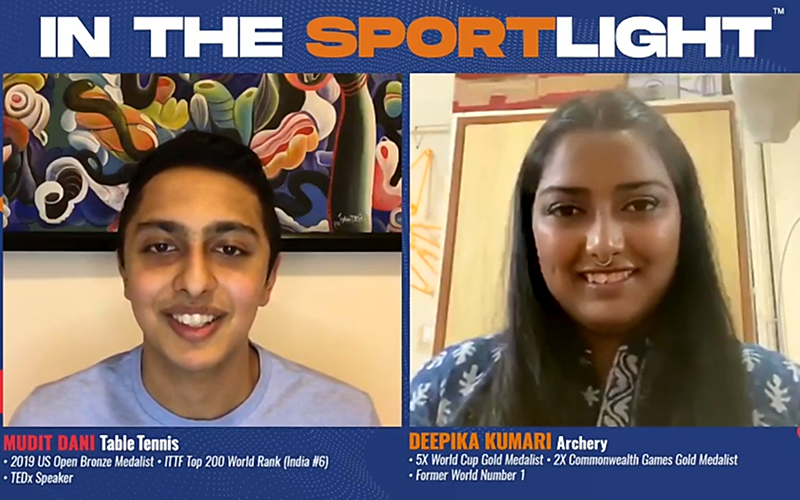 The Commonwealth Games gold medallist and former World No. 1 Indian archer Deepika Kumari feels India’s best chances of earning the full quote for next year's Olympics is at stake with just one tournament to qualify from, and two spots to earn. While talking on Indian paddler Mudit Dani’s live online chat show ’In The Sportlight’, Deepika revealed that female archers had worked really hard and were confident of fulfilling the quota ahead of the COVID-19 lockdown.

“We were completely blanked as qualifiers were in a month's time when the lockdown happened, our practice was going really well but then suddenly we had no idea what to do. Right now, we only have one quota spot in the women's category and only one qualifier is left to secure the two other quota places. Normally we always secure a full quota by this period, but it is different this time around,” two-time world champion Deepika said.

After failing to secure the team quota at the World Championships in June last year, the Indian women’s archery team will have their last shot to secure the full Olympics quota in Paris, as a separate tournament is planned ahead of the Archery World Cup in June next year.

Deepika, who’s currently the country’s only woman archer to have secured a spot at the Tokyo Olympics after winning gold at the Asian Continental Qualification Tournament in Bangkok last year, also recalled that despite being a two-time Olympian, she has never been part of an Olympics Opening Ceremony.

“In archery our ranking begins on the same day as the opening ceremony. So we feel sad that I have never been to any opening ceremony and have only watched it on TV,” Deepika said.

Deepika, who picked up the bow and arrow for the first time in 2007, has seen her family go through many financial struggles and challenges in life. The 26-year-old Ranchi girl, who is currently ranked ninth in the world, is part of the national camp which is training at the ASI in Pune.

Prachi Singh: ‘My goal is to get my name on the list of best archers in Olympics’