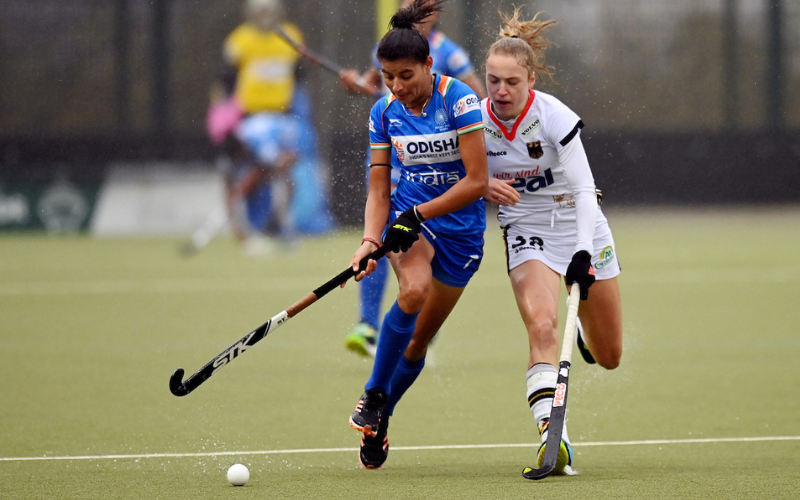 Indian Women's Hockey Team concluded their tour of Germany with a 1-2 defeat in the fourth and final match in Dusseldorf on Thursday.

Naomi Heyn (29') Charlotte Stapenhorst (37') scored for the World No. 3 side but Lalremsiami (51') pulled one back late for the visitors late in the game. However, the German side held on in the last few minutes of the match to keep their winning run intact.

After rain delayed the start of proceedings, Germany found a lively tempo to their attack and earned a Penalty Corner with just ten minutes on the clock. Savita and her defence stood firm to see off the threat. India, too, were awarded a PC just minutes later. But Germany's defensive line ensured that the score remained goalless after the first quarter.

With barely a minute left before the end of the second quarter, Heyn put the hosts in the lead with a brilliant field goal. Germany continued to push forward after the interval and got their second PC. India once again showed good composure in defence but the German side steadily started to build a series of attacks. The hosts took a 2-0 lead after Stapenhorst found the back of the net in the 37th minute.

The Indian side fought hard in the fourth quarter and put extensive pressure on the German defense line. Lalremsiami found the back of the net in the 51st minute, but Germany protected their lead well in the closing stages to pick up their fourth successive win of the tour.