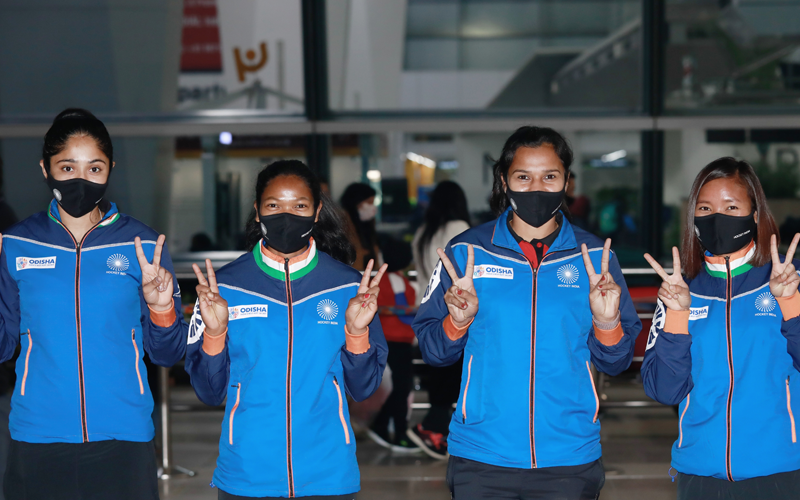 The Indian Women's Hockey Team left from the Indira Gandhi International Airport, Delhi on Sunday to take part in their tour of Argentina. This tour will be the national side's first tour after almost a year.

Hockey India and the host National Association have created a bio bubble in Argentina for both the Argentine Women's Team and the Indian Women's Team. The Indian Women’s Team will be staying in a hotel where a provision to have separate rooms/halls for the team for all the meals, team meetings, sessions etc have been made. 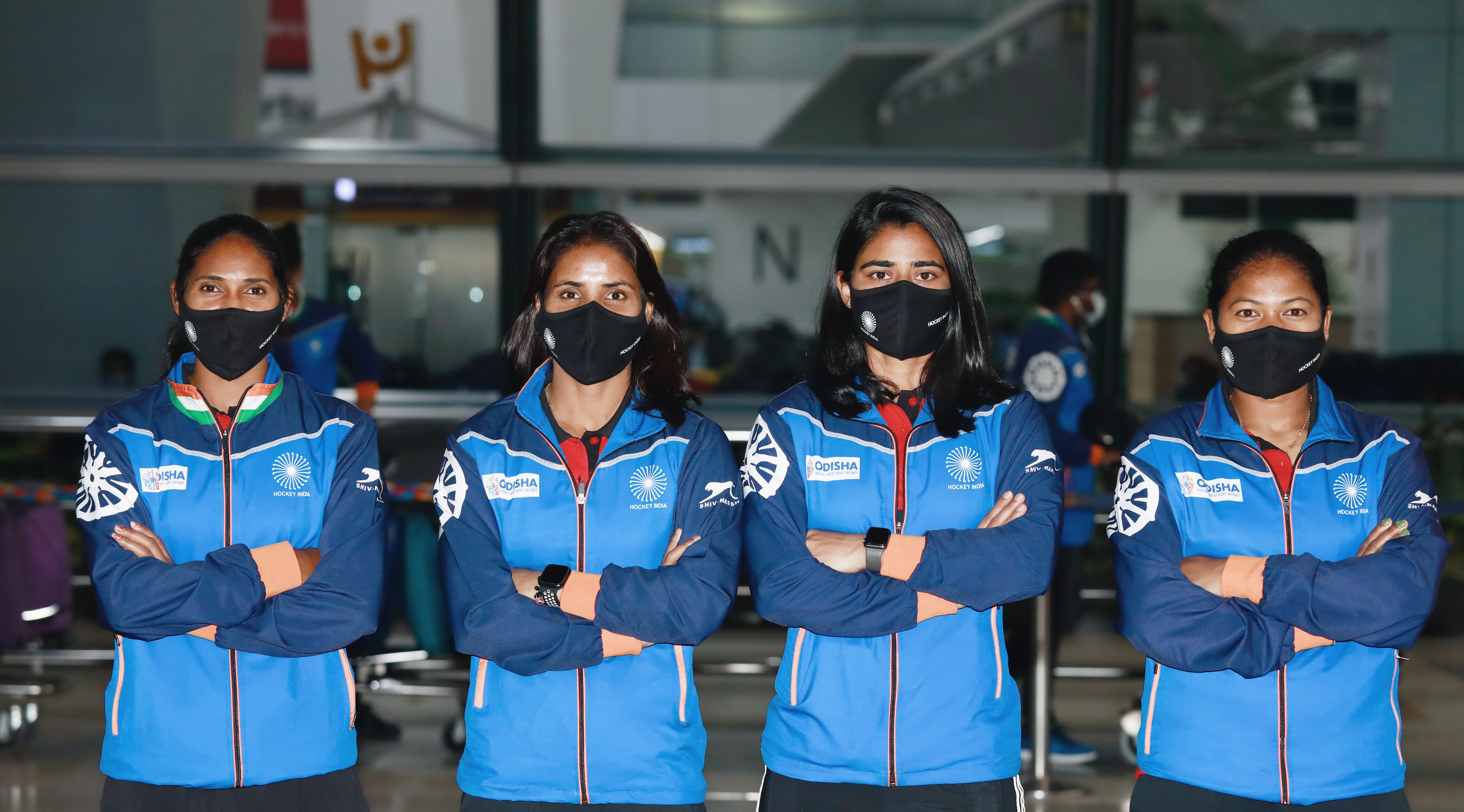 "It feels amazing to be touring again. We have worked very hard on our game in the last few months and the time has come for us to execute our skills in an international match. Playing in international matches is going to be a bit different this time, since we will be in a bio bubble, however, the team is excited to be back on the field in the best possible manner at the moment," said Indian Women's Hockey Team Captain Rani.

The entire Indian contingent underwent a Covid-19 RT-PCR Test 72 hours prior to their departure from New Delhi, India. Though there is no requirement of quarantine upon arrival in Argentina, the team will still be following all safety and health measures as advised by the respective Governments of India & Argentina. Further, the teams will also be following the Hockey India SOPs as available on the Hockey India website.

"We desperately needed to get back into competitive mode as there's not much time left to go for the Olympics. We have been doing well in practice sessions, but an international match is always the real test for any sportsperson. Therefore, we would like to thank Hockey India and SAI for the efforts they have put in to arrange a tour for us. We are really looking forward to a great tour and hopefully, we start playing to our full potential right from the first match," said Savita.