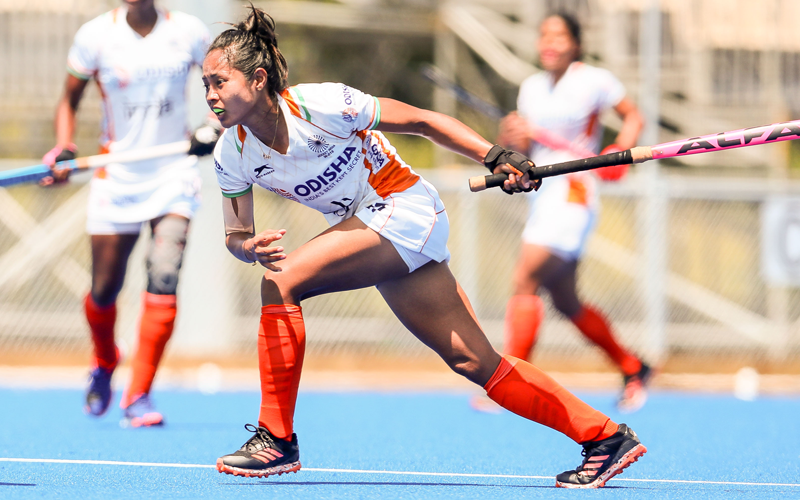 The Indian Women's Hockey Team's experienced Midfielder Sushila Chanu Pukhrambam is no stranger to the Olympic Games, having Captained the side that took part at the 2016 Rio Olympics. The 28-year-old has remained a consistent performer with the team, and is hopeful that she will have the opportunity to represent the tricolor in Tokyo next year.

"It has been a strange year for everyone. As a player of the national team, I have always been used to a fast-paced environment, where we play match after match, without getting much time to ponder over things. However, now that we've had so much time on our hands, I've been able to look back on a lot of things, and also prepare for the next phase of my career. We have the opportunity to create history by not just playing in consecutive Olympics for the first time, but also by making it to the podium," expressed Sushila.

"However, as things stand, we are still living under unprecedented circumstances, but my heartfelt thanks to everyone who has been working day in and day out to keep us safe. Even here at SAI, we've got some amazing staff that looks after us, and is always on their toes when it comes to our safety. Credit to Hockey India and SAI as well for providing us with a supremely secure environment where we can focus on maintaining our rhythm, and keep improving for what is to come," added the Midfield maestro.

Having played more than 180 International Caps for the national team, Sushila is one of the most experienced players in the current Indian set-up, and believes that sharing her insights with the youngsters is what keeps her going. "Obviously when you get to this stage when you've played more minutes than most of your teammates, you tend to feel a sense of added responsibility. I have always enjoyed working with younger players who are eager to learn. With my knowledge and experience of the game, I feel I can contribute to the team's success not just on the field, but also off it, by making sure I am there to guide the youth and helping them progress in their careers," she said.

Having last played competitive hockey back in February 2020, when the team toured New Zealand, Sushila believes it is important for her team to keep their firm focus on next year's Tokyo Olympics. "Like the rest of the sporting fraternity, we are also hopeful that the Tokyo Olympics will take place next year. It is the biggest tournament for all of us, and we have been working hard for the past four years to make sure we can achieve our goals when the tournament happens. Certainly, there are challenges involved when it comes to keeping ourselves in top form, but our coaching staff has ensured that we are more focused than ever and are keeping ourselves in the best shape and rhythm to get back to competitive hockey whenever circumstances allow," signed off Sushila.