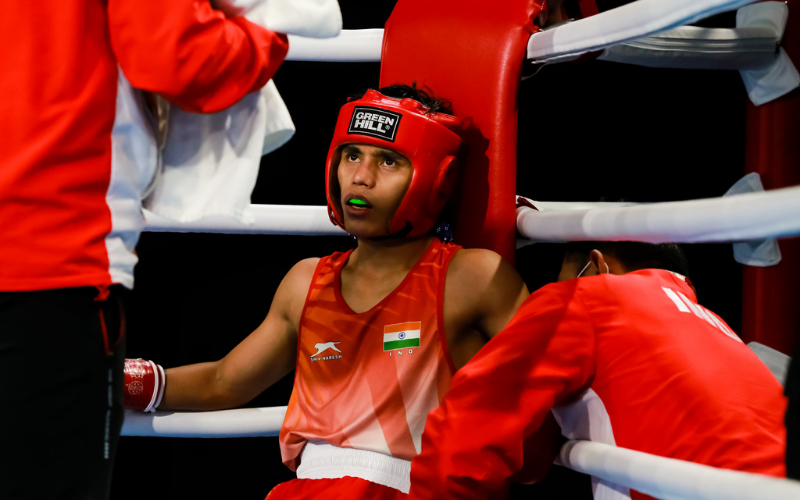 Indian boxers had a medal rush at the International Boxing Association (AIBA) Youth World Championships in Kielce in Poland, putting together an almost faultless performance.

Arundhati Choudhary, named Asian Women's Junior Boxer of 2018, made sure of a medal with a 5-0 win over Ukraine’s Anna Sezko in the 69 kilograms welterweight section.

Ankit Narwal did likewise with a 5-0 victory over Brazil's Ezequiel Da Cruz in their men's 64kg light-welterweight quarter-final, and a 3-2 verdict over Kazakhstan’s Madi Amirov saw Vishal Gupta through to the last four of the men's 91kg heavyweight division.

Only one Indian boxer failed to progress to the last four in the afternoon session - Manish was beaten on a 3-2 decision in the men's 75kg middleweight section by Bulgaria’s William Cholov.

Chanu beat home fighter Alexas Kubicka 5-0 in the women's 51kg, and will next face Italian Lucia Ayari for a place in the final.

Thokchom was up against Russian Margarita Zueva in the women's 75kg and the referee stopped the contest to give Thokchom the victory.

There was also a Polish win in the women's 64kg, where Wiktoria Tereszczak outclassed Romania's Iulia Guta.

Again only one Indian boxer lost in the evening session, this time Sumit in the men's 69kg, bettered by the Ukrainian Yurii Zakharieiev 5-0.

In the evening session yesterday, Poland’s Natalia Kuczewska, having beaten Ukrainian and German opponents in the previous rounds of the 48kg light-flyweight competition, ended the proud progress of Nepal’s Susma Tamang despite requiring medical attention after the first round.

Gajdova thus became the first-ever Czech women’s boxer who will win a medal at these Championships and earned the prospect of a semi-final meeting with India’s Vinka, who beat Colombia’s Camila Gabriela Camilo Bravo.

"It is a fantastic feeling that I can represent my country and I am a medalist at the AIBA Youth World Boxing Championships," Gajdova told AIBA.

"I began to do boxing only two years ago and thanks for my coach who taught me everything, I could make this happen."