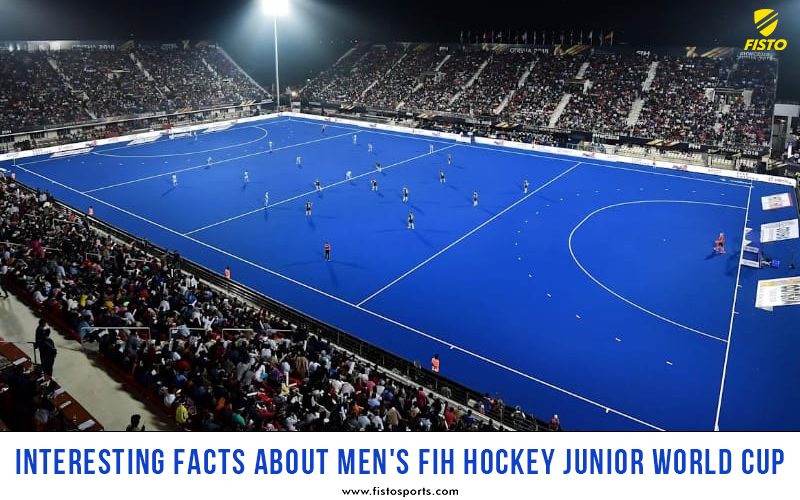 There’s lots to love about the fast-paced game of hockey, but bet you didn't know these fun facts about Men’s FIH Hockey Junior World Cup.

The tournament was started in 1979. Since 1985 it has been held every four years. Competitors must be under the age of 21 as of December 31 in the year before the tournament is held.

All the teams who wish to qualify for the final tournament play in the relevant continental junior championships. Each continental federation receives at least two finals places and the FIH determines which federations will receive additional places.

The tournament offers a lot of exciting games to attract a lot of passionate Hockey fans to sold-out arenas. In the meanwhile, let's see some of the most interesting facts about the Men’s FIH Hockey Junior World Cup tournament.

Where it all began...

France was not force with to reckon on the turfs, at least major part of the hockey’s competitive history, but is strong in the question of administration. The first FIH president was a Frenchman, is suffice to prove this. France had the privilege of hosting the first Junior World Cup in 1979.

Pakistan won the very first Junior World Cup in 1979 when they West Germany in the inaugural tournament in Versailles, France. Jan Muammad and Mohammad Raschid were the two goal scorers.

With the exceptaion of the first Junior World Cup at Versailles, France‎, in 1979 which was held on natural grass, all editions of the tournament have been played on artificial surfaces.

Jalaluddin Syed was the first-ever goal-scorer for India in the Men’s Hockey World Cup. He scored the opener in the eighteenth minute before losing 2-1 against Malaysia.

Netherlands, Germany, and Malaysia share the record for most participation in the Men’s the Hockey Junior World Cup with 12 appearances followed by Spain and Argentina with 11 and Australia, India and Pakistan with 10.

So far, yet so close

Despite featuring in all the editions of the World Cups, Netherlands and Malaysia are yet to win a gold medal. The Netherlands finished runners-up twice, third-place twice and fourth once while Malaysia’s all-time high was finishing third three times 1979, 1982*, 2013.

India and Malaysia most tournaments

More editions of the Men’s Hockey Junior World Cup have been held in Asia than in any other continent with India and Malaysia hosting three times each. Malaysia will reach four after named as the host for 2023 edition.

The Hockey Junior World Cups 2016 were shown in more nations, to more people than any Junior event ever before thanks to streaming and broadcasting from both events held in Chile and India.

India’s 6–1 win over Argentia in 2001 was the biggest margin of victory in a final.

Only one final showpiece have been settled by a penalty shoot-out: West Germany beating Australia 4-2 penalties after a 1-1 draw in 1989.

Can the defending champions India retain their title?