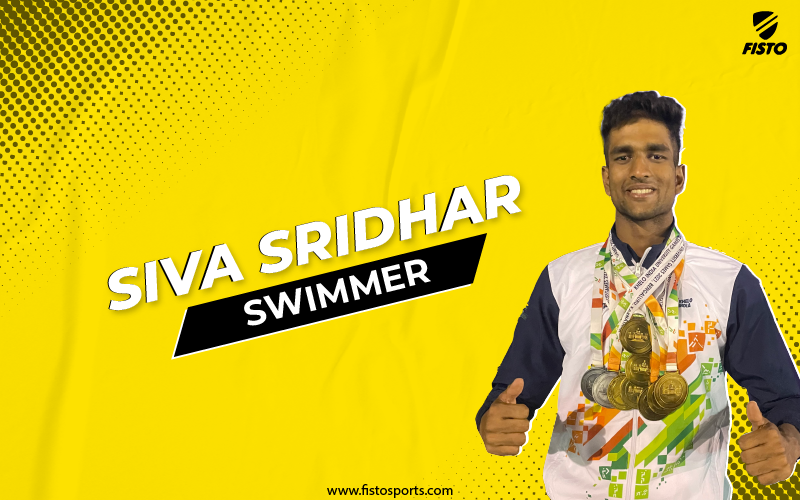 An Individual Medley swimmer by trade, but also capable of topping in other swimming events such as backstroke, breaststroke, butterfly and freestyle, Siva Sridhar has forged a reputation as one of the most intriguing and versatile swimming talents in the country.

Hailing from Coimbatore, the 21-year-old has been marked as a sensational talent on the rise for years, but he really stepped things up a few notches in recent years.

Siva has been incredibly consistent at the top of the sport since 2019, winning 2 golds and one silver at the South Asian Games in 2019, claiming a record six gold medals and one bronze at the India University Games in 2021 and then he followed it up with another eye-catching performances, winning seven gold and two silver medals at the recently concluded Khelo India University Games while clinching the individual champion title, given to the most decorated athlete, at KIUG. The Jain University stundent also holds the 200m individual medley Indian record in both short course and long course meters.

Siva’s ability to rise from being a rebel in the pool and overcoming adversities to forge his way through the gruelling demands of the sport both physically and emotionally and to become a resilient swimmer has been nothing short of extraordinary.

When Siva started swimming at a very young age, he was jittery and nervous; used to cry and whine but thanks to the attention and guidance given by his parents and coaches, he began to show more interest and discipline in learning the sport.

While swimming can sometimes seem a lonely sport, Siva knows he can always count on the support of his parents and friends. The iconic Basavanagudi Aquatic Centre (BAC) in Bengaluru has been Siva’s second home for years. It is the place where he went through the most significant technical development of his game. His coach, Pradeep Kumar, a Dronacharya Award-winner, also played a pivotal role in his development, giving him a strong foundation. 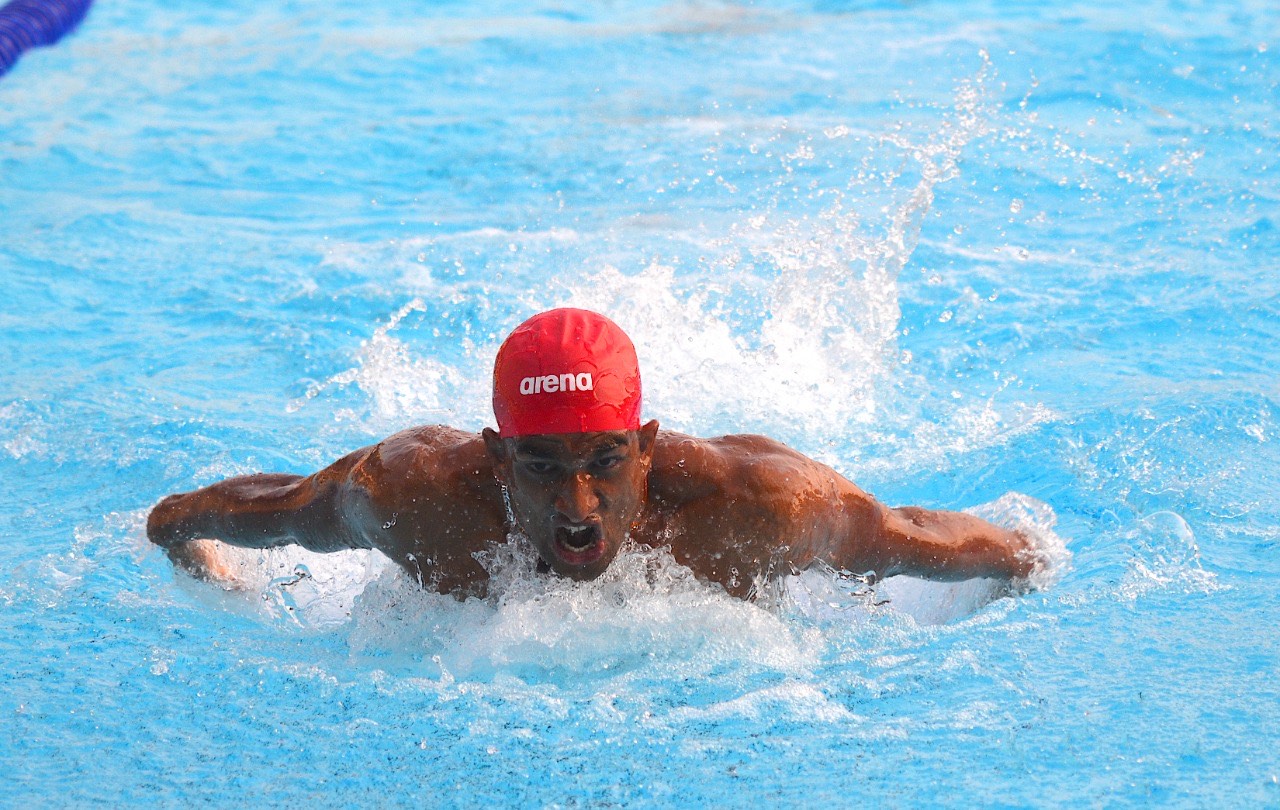 Over the years, Siva grew exponentially to assert himself as one of the most complete swimmers in the country, and given that he’s historically been better in the Individual Medley, we could see him take things to a new level in the coming years.

In the interview, the Individual Medley national record holder talks about how he got into swimming, his inspiration, the support, memory, and journey until now and future goals.

Hello Siva, we are delighted to interview you, and big congratulations on the record-breaking performance at the KIUG? Swimming, particularly medley is an interesting event and you are one of the most exciting swimmers to watch in the country at the moment. Can you tell us about your first-ever swimming experience? What inspired you to become a swimmer? You could have chosen other sports too, why swimming and how did you discover the passion?

Hi. I am glad to be interviewed by Fisto Sports. Thank you so much. My first swimming experience wasn’t a pleasant one. I did not like the water at all. And I was a rebel in the pool, always crying and whining. Since I was just 5 years old, I had tried tennis too. And that did not work out because one of the coaches had pointed out that my running style was poor and my thighs were intersecting while moving and thus it wouldn’t work out. So, we got back into the pool and after winning a couple of district-level meets, I developed a passion towards the sport and love for the water.

Swimming on an elite pathway requires dedication and commitment; aside from providing funding and transport for training, how did your parents support you emotionally pre-competition?

My mom and dad are super dedicated towards my dreams. They have always been a part of it and have supported me all along the way, right from getting proper nutrition to mental training. My dad, pre-competition, runs visualisation sessions for me to prepare for the tournament and my parents never add any mental pressure and let me do my sport freely. And I feel like that has made a huge difference. I would’ve never reached this stage of my swimming career without their support.

To this point, what's been your best moment or favourite moment in swimming? What’s the one thing that you are most proud of?

Winning my first national gold has been the one thing I am most proud of because I had performed beyond my wildest expectations. And there were a lot of obstacles before and during that race. I had scraped my knee, falling off the stairs and also had to repeat the race because of a false start by the official. I was in tears even before the race but, I could regain my focus and win my first gold. And as a 9-year-old, I felt like it was commendable.

Is there a time record you’re aiming for?

I feel like I have reached that stage where I can compete at the national level in any distance or stroke. And there are about 17 individual races in swimming. And I believe that I could at least come top 8 in all of them. And as an Individual Medley swimmer, being an all-rounder is my strength.

Who were your Swimming idols when you first became interested in the sport? What was it about their character or achievements that you admired?

As I am training in Basavanagudi Aquatic Centre, I used to watch Sajan Prakash, Rehan Poncha, Gagan Ullalmath, Mandar Divase and so many other senior swimmers. And practice used to be scary watching these seniors, who are all international level athletes, would go head-to-head in practice as well as in competitions. Their competitive spirit and their dedication towards the sport is what inspires me till now. And however competitive they were in the pool; outside they were like family. And that’s the thing that I admired the most.

What lies ahead for you this year, and are there any specific tournaments or championships you are training for at the moment?

I am training for the Singapore Nationals and senior nationals this year. Also, I will be attempting to get qualified for the World Short Course Swimming Championships, which is to be held in Melbourne. It has always been my childhood dream and I love short course swimming so I’m training for that. I have also Asian Games and World University Games next year, for which I will be attempting to qualify too.