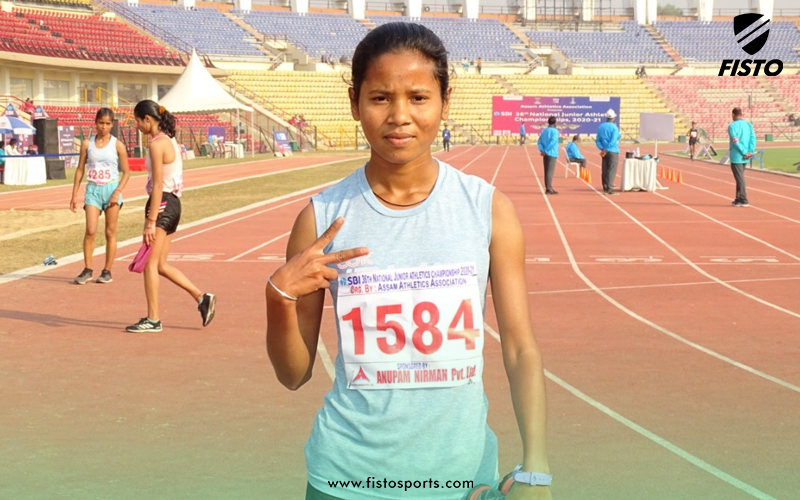 The race walking phenom talks about her training and goals for the future.

As Munita Prajapati prepares for the 2020 World U20 Championships, she takes time to explain how—and why—she became the country’s fastest U-20 woman walker.

Most people who’ve ever seen race walking in action assume it is just walking. But there is much more to the event. And no—even if it appears a race walker is running, he or she is not.

For Munita Prajapati, race walking is a bit of nature, and a lot of nurture.

At the 36th National Junior Athletics Championships earlier this month, Munita Prajapati made history by winning gold in the U-20 women's 10000m race walk event. In the process of not only breaking the national mark in the progress but also becoming the first woman race walker to clock a sub-48-minute time in the 10k race walk in the U-20 category.

The daughter of a construction labourer father and a homemaker mother clocked 47:53.58 s to erase the Reshma Patel’s 48:25.90s record, which was achieved just last month at the Junior Federation Cup in Bhopal. Now with less than five months until the 2020 World U20 Championships in Athletics being in Kenya, Munita is looking forward to improving on her best season to date.

Here, the-19-year-old from Dev Indravati P.G. college, Uttar Pradesh, shares her perspective on her breakthrough 2019 season, the adversity she faced along the way and how she climbed to the top of the national race walking scene and outlines her ambitious goals.

You are very young, and have quite a few medals under your belt, also a national record with the best timing, tell us how did you first get into race walking? What are your first memories about the time when you knew this would be something you pursued?

My first race-walking event was when I competed at a national event, in which my supporters around me kept me motivated, saying I should be finishing in the top-5. I gave my best as I kept increasing the distance but unfortunately, I bagged second place with a medal. It was all my hard work that gave away answers to all the haters who said that I would not make it. It was a good feeling. I mean, I felt good about myself, and so that’s why I continued.

You come from a humble background, your parents and sisters have been some of your pioneering supporters over the years. Tell us a bit about the difficulties your parents faced and sacrificed for you to excel as an athlete?

It was my sister Pooja and my family who sacrificed a lot for me and gave me the strength and power to do something in sports and bring medals for my country. With which I can also come out of my village and do training and perform well in each race I participate in. My mother is the one who keeps saying that eat food then only you can run the race and perform well at the highest level. They have sacrificed a lot to put food on the table, clothes on my back and a roof over my head and sometimes go beyond their limits to give me better opportunities. I am so lucky that I have got such parents that care for me so much. I am running out of words of expressing their love for me. 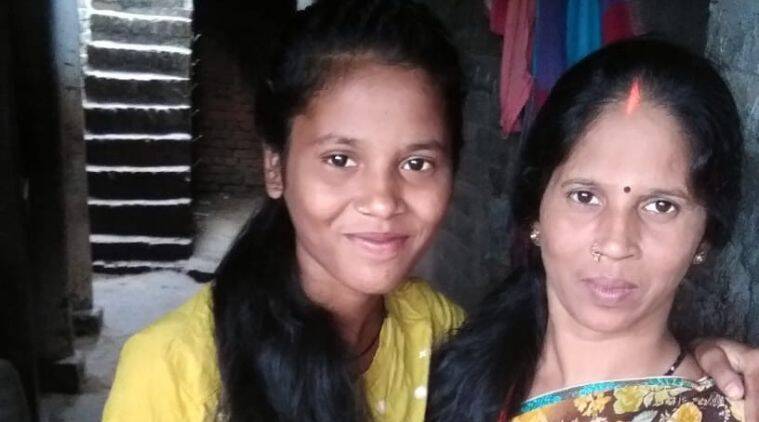 And how difficult was it for you to leave the village (Sahwajpur Badhaini Khurd) to get hostel admission in Bhopal and how happy are your parents now with your work and achievements? How are the villagers seeing it?

My parents thought that if I got to stay in a hostel, I would get good food, training with which I could perform well, they were really happy for me. But from the villager’s point of view – a girl should not leave her home and stay alone. It was my mother who said if she doesn’t leave home how will she perform well at the biggest stages. But later, once I started winning medals one-by-one their view changed the other way around and I am really pleased.

How instrumental Nirbhay in your race-walking career?

He was very kind and the one who helped me in bringing out the best in me. From training, diet, food, taking to the ground and again bringing back from the ground everything was taken care of and I am extremely thankful to have a coach like him. He got retired from the army but still keeps motivating me to give my 100%. Because of him, I have made my record in nationals.

Do you remember your first ever race and medal? When was it?

My first race I won was a national level meet in Gujarat and finished second in the race.

Studying and doing athletics competitively must have been quite challenging? How did and are you coping?

Now, racewalking is more important than my studies but there were days like when I had to travel to Bhopal and get my passport and on the same day, I had my exams in the afternoon. I travelled with my parents in the morning and came back to write my exams right away. Somehow, I was able to manage both on a single day. And yes, it is a bit challenging. My major focus is race-walking at the moment. Now I have learned how to structure and balance my training. When I have done races, I have been pretty disciplined about setting up a plan for myself and then following that plan on a daily basis. 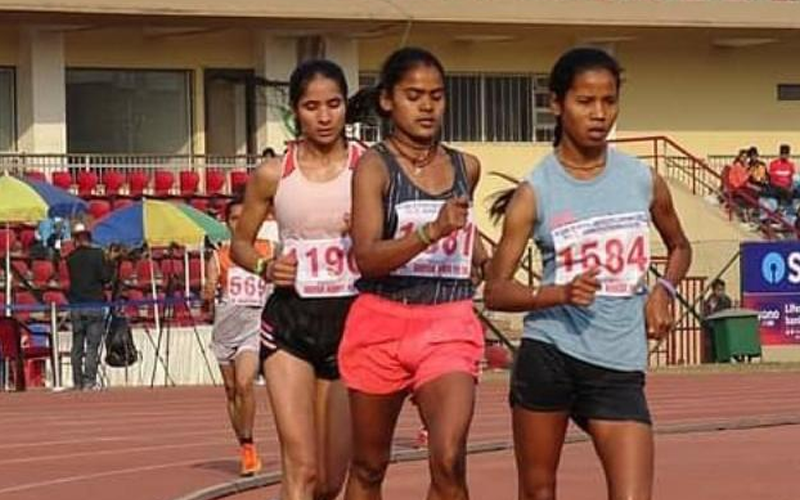 Who are your walking idols? By whom do you get inspired – in terms of walking style – like watching YouTube clips of any athletes and seniors in the team, etc?

I personally watch my own race-walking videos and figure out the mistakes I did – what is correct and what is wrong and make sure I don’t repeat the same mistake the next time, which will eventually improve myself.  That is the only inspiration for me – looking myself into the mirror and find out my mistakes and correct them. Also, I look into my seniors as they will be my competitors next time in future.

Yes, that would be really nice. But my parents say that If the video comes on the internet told me to let them know so that they can watch it and sometimes I just come and say about my race-walking performance. Because they don’t find time to come and see me performing every time, they would prefer to watch my videos instead.

You have been solid in recent years, had already qualified for the World Juniors to be held in Kenya later this year and broke the national record last month, just tell us at what point did you feel your confidence in your ability growing stronger that you could not only become of the best in your state, but one of the best young woman long-distance runners in the country?

Yeah, I made this record at National Junior Athletics Championships earlier this month in Bhopal. And yes, I am working very hard to meet all the ends and set a new record. I am currently training at NIS Patiala for the past couple of months and I am confident of working harder than ever to achieve my dream goal of winning a medal in the Olympics and setting a world record. I am pushing my body to the limit and maximizing efficiency as best as possible.

How does participation in race-walking generally benefit other areas of life?

I think that race-walking creates a sense of balance in my life. And it calms me down. It is a great feeling to just get out and lose myself in a run. I think that is why I continue to run because, as you know, once you get that, you kind of crave that time for yourself. I have also learned to never say never.

Every athlete needs some downtime every now and then. Do you have other hobbies to take your mind off walking?

You have had a lot of memorable races but list the top 3 most gratifying races you have ever had?

There were not many, but the nationals in which I did not get an entry at first, but on the last day around 11 pm, I got to know that I got an entry I was very happy and I ranked first at Gujarat Nationals in 2017. I also cherish the race which recently I won in Guwahati U-20 10k race-walking event. Also, the Ranchi nationals in 2020 February, for which I worked hard to book a spot for the World Juniors.

What are a few goals that you have set in the coming years? What about personal goals you hope to achieve in the long-term?

Firstly, I am looking for the 2021 World Athletics U20 Championships to be held in Nairobi, Kenya in August 2021 and for that, I have been doing good workouts all year to gain a medal for my country. I feel really good and I believe I can compete at a high level in the 20k event in the future. This excites me and opens many possibilities. I want to compete in the Olympics someday.

(Interviewed and translated by Meera Rathod)