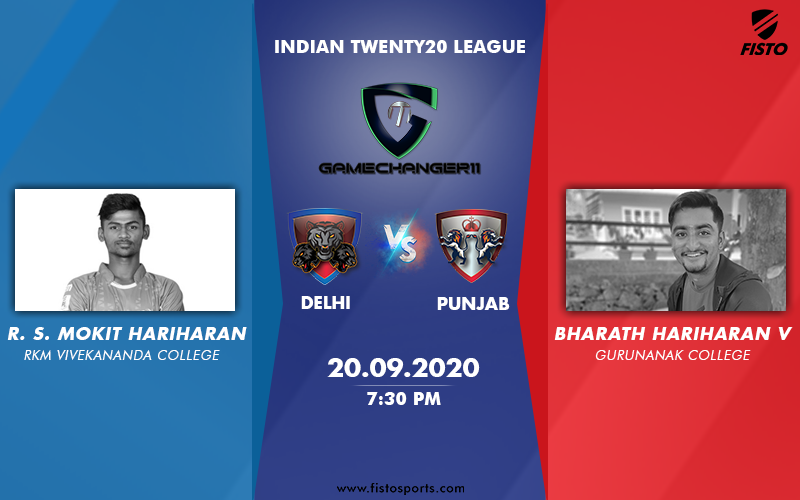 Both teams will open their IPL 2020 Campaign this Sunday, a good start can boost the morale from the start.

In the second fixture of Indian Premier League 2020, Delhi Capitals will be playing against Kings XI Punjab. The match will be played on September 20, Dubai International Cricket Stadium. This will be the first match of the season to be held in Dubai with 23 more group stage matches scheduled.

After a prolonged period of failure Delhi Capitals finally found the winning formula in 2019 when they qualified for the play-offs after a long time under the captaincy of young Shreyas Iyer. The top four of Shikhar Dhawan, Prithvi Shaw, Iyer and Rishabh Pant is their biggest strength and this year they have added the experienced Ajinkya Rahane as a back-up. Their another acquisition is also a potential game-changer in Ravichandran Ashwin. He will strengthen the spin department along with Amit Mishra and Sandip Lamichhane. Their pace bowling attack will be led by Kagiso Rabada and contribution of Ishant Sharma can be a key factor in their success. The experienced Indian bowler may not get the bounce he expects in these pitches but should look to use variations intelligently. The finishing ability of Shimron Hetmyer and Marcus Stoinis will be interesting to see. 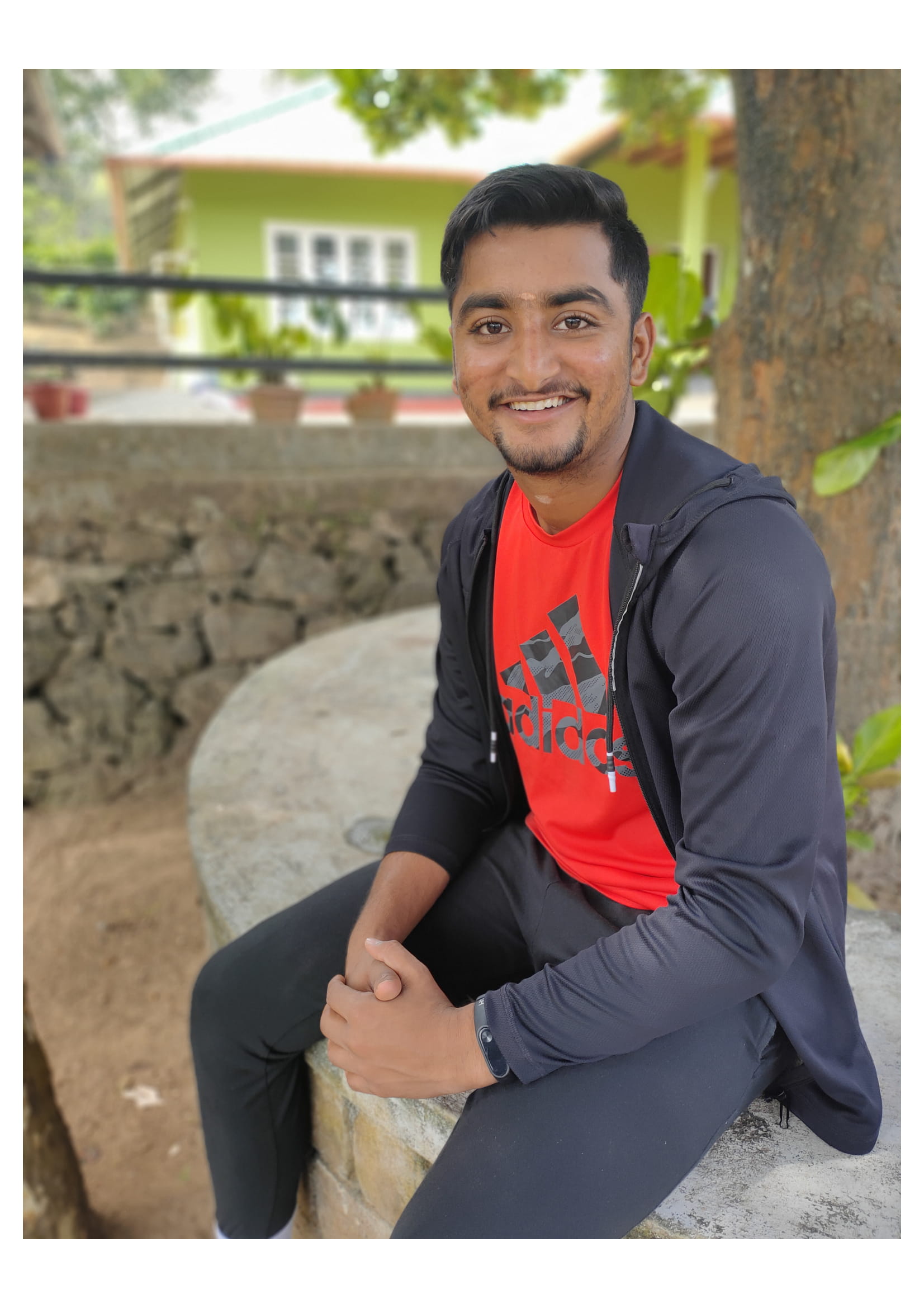 Delhi Capitals is a fine team with a mixture of both young as well as experienced talents. A steady headed captain and an aggressive coach may help this franchise which has been underperforming in the last 12 seasons. When few teams depend on their foreign players, DC has shown trust in their local talents.

When it comes to the batting, this is the only team that will have the top 5 as Indian Batsmen. Shaw will be someone who will go from the very first ball & Dhawan can attack as well as play to the situation. If a wicket falls quickly, there's none better to Rahane to play the anchoring role and wicket falls after 10 overs, Shreyas can maximize the start given. At No:5, dangerous and lethal Rishabh Pant who will play a key role in DC's middle-order being left-handed who at times will have to play a finisher role as well. This batting line up is so strong that a batsman like Hetmeyer is unlikely to find a place in the starting XI

With regards to their bowling, they have Ishant who has done well for them with the new ball last season and we all know how tough Rabada can be. Keemo Paul will be very useful in the death with his cutters that will suit the pitch.

And DC also has a world-class spinner in R Ashwin. Being a think tank, he knows how to make the best use of the conditions. Not to forget Amit Mishra who has been exceptional in IPL. Axar Patel will remember the 2014 IPL stint in UAE, where he had a prolific run and caught the eye of everyone. They also have Lamcihanne in their squad who has just joined after a wonderful CPL

With this very strong lineup, I don't see KXIP beating DC tomorrow. Also it's INDIAN PREMIER LEAGUE and it wouldn't be more pleasing to see an Indian Dominant team winning the match.

Kings XI Punjab also are a strong team led by one of the brightest stars in international cricket in last 12 months. For KL Rahul, this will be his first ever opportunity to lead an IPL team and he would look forward to lead by example. Their biggest challenge would be to find the right balance in the team. With the four overseas restriction, there are quite a few questions regarding which four they should opt for. Standing at this moment Glenn Maxwell looks a certainty as he is coming from a successful limited over series against England. Chris Gayle should get the nod over Nicolas Pooran for his past exploits in IPL. They may also go for Jordan and Mujeeb but will be tempted to test Cottrell at some stage. For now, they would expect experienced Mohammad Shami to lead their pace bowling attack with support from very promising Ishan Porel or Arsdeep Singh.

R. S. Mokit Hariharan from RKM Vivekananda college has his eyes on Kings XI Punjab. Speaking to Fistosports, he says,

KXIP would look to turn the tables around this season with the new coach and captain.  Their coach Anil Kumble who himself a great spinner would have prepared his team with best of plans to succeed in spinning conditions at UAE. KL Rahul captaining from behind the stumps would be easier for him to manage his bowlers and fielders.

KXIP has always been a team that plays attacking cricket and we can expect the same from them in this season, as they have KL Rahul and Chris Gayle to open their side. With KL Rahul being in great form in white ball cricket in both domestic and international matches, this pair is said to be the most destructive opening pair in this season's IPL. At number 3 they have Mayank Agarwal, who has done really well in domestic and international matches is great asset for them too. They have Glenn Maxwell who has scored the most IPL runs in UAE and also the one in great form returning from England series.

They have promissing Indian talents like Mandeep Singh, Deepak Hooda and Sarfaraz Khan with a great potential. Jimmy Neesham is great all-rounder for KXIP, who can hit big sixers and bowl in death overs. K Gowtham who has done well in last IPL with both bat and ball would do well in the slow tracks in UAE too. Sheldon Cottrell and Jordan are their two options of foreign fast bowler with great set of skills for T20 cricket are their added advantage. Md Shami has always done well in IPL and he is in great form too. They have Mujeeb Ur Rahman who is a mystery spinner who is difficult to pick from hand will definitely go well in this season at slow tracks of UAE.

With this strong team and a great mind as coach, KXIP will definitely do well in this season IPL. It would be a great spectacle for us as fans to see a new team win this season's IPL too.

Although Kings XI Punjab have not been very successful team in the league, the tally of this encounter is currently in favour of Punjab. With 14-10, KL Rahul’s side takes the upper hand here at present. In 2019, the score remained 1-1 as both the team won their respective home fixtures.

Shikhar Dhawan need one half-century to become the only second Indian after Raina to have scored 38 or more fifties in IPL.

Chris Gayle needs to add only 16 more runs to achieve the mark of 4500-IPL runs. One of the finest performers of IPL, Gayle will become only the sixth player to have achieved the feat.

KL Rahul requires 23 more runs to record 2000-run IPL runs to his name. He will become 20th Indian to do so in the league.

Shreyas Iyer: One of the top Indian middle order batsmen, Shreyas Iyer is now a regular in India’s limited over set up. He has a good cricket brain and does not stop himself from taking risks. With bat in hand also, he is one of Delhi’s key players and scored 463 runs during the 2019 IPL. To have a good start in this year’s IPL it is important that Capital’s captain starts with a good knock.

Ravichandran Ashwin: Ravi Ashwin may not be part of India’s T20 XI anymore, but in IPL he is a potent force. He has 125 wickets in IPL and finished the 2019 season with 15 scalps from 14 matches. He was also under the eye of the storm because of his mankading of Jos Buttler. However, he would look to have a new start for his new team. Ashwin’s inclusion has given Delhi Capitals a great balance as he can be utilized in various roles including both in power play as well as during the death overs.

KL Rahul: In a way, these two teams mirror themselves and for KXIP also their young captain KL Rahul is a key player and expected to give them a great start more often than not. He has already established himself in the national team and also scored more than 1200 runs in last two seasons of IPL. He would like to start the tournament with a big score and a win for his team.

Glenn Maxwell: Maxwell is one of the most dangerous players in this format and showed his skill for various teams in the earlier IPLs. He is coming off a match and series winning hundred against England and expected to continue his good form. He was one of the most successful batsmen during the UAE phase of 2014 IPL and would look to carry on that legacy.

Captain/Vice Captain- One can opt for impact players like Shikhar Dhawan or Glenn Maxwell who can change a match on their won and accumulate points for the fantasy team.

Grand League Captain- With both teams having few left handers like Pant, Hetmyer and Gayle off-spinners like Ashwin or Mujeeb can be handy picks and expected to be heavily effective.