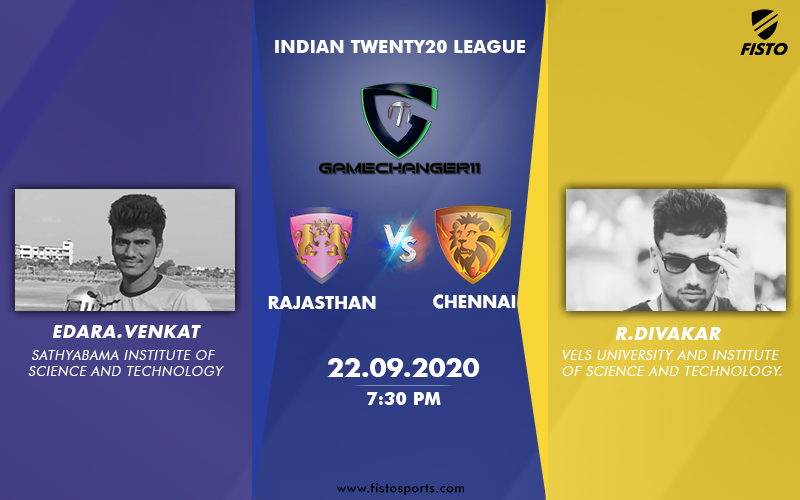 Chennai Super Kings look to build off of Saturday’s win when they take on Rajasthan Royals on Tuesday night at the Sharjah Cricket Stadium.

This will be no easy task though, as Rajasthan looks formidable with the likes of Steve Smith and Ben Stokes in their ranks, the side would look to go all the way in IPL 2020.

Start. Camera. Super. 🎬 Just how fun our shoot diaries turned out to be. 😍🦁💛 #WhistlePodu #Yellove pic.twitter.com/TIlf5Q2ehD

MS Dhoni-led Chennai Super Kings (CSK) kickstarted their campaign in style with a thumping five-wicket win over Mumbai Indians (MI). On Tuesday, the yellow brigade will lock horns against Rajasthan Royals in Sharjah.

CSK are likely to retain the upper hand throughout the match because of their good win records against Rajasthan and renewed confidence. They have regained their lost mojo after crushing MI by five wickets in the IPL 13 opener.

CSK’s message is clear; even without Raina and Harbhajan, true to their spirit; men-in-yellow will play like a champion.  However, Royals will not give in too easily either. They also want to kickstart their campaign with a win.

A big strength for CSK is their disciplined bowling lineup. They proved the same in their last outing by restricting MI at a meagre 162. Once again, Chennai will rely heavily on Ngidi, Jadeja and Chahar. Piyush Chawla’s right-arm leg-spin and occasional googlies can trouble any batsman anytime. CSK are certainly looking for some twist and turns from the veteran leggie.

Rajasthan Royals, with star-studded players, need a win to start their IPL 13 campaign. After winning the inaugural edition of IPL – 2008, RR couldn’t perform as per their expectations. Rajasthan franchise and fans expect a spellbound performance from the team at this edition of the Indian Premier League.

Rajasthan Royals opted for specialist batsmen in their squad including the likes of Robin Uthappa and Shreyas Iyer this season to take some pressure off from its captain Steve Smith.

The concern around Smith’s concussion is now over. He suffered a concussion in England a few days back, but as per the latest update, he is doing well and will play on Tuesday night.

We discussed Rajasthan Royal’s winning probability with Edara Venkat of SATHYABAMA INSTITUTE OF SCIENCE AND TECHNOLOGY. He explained to us as follows. 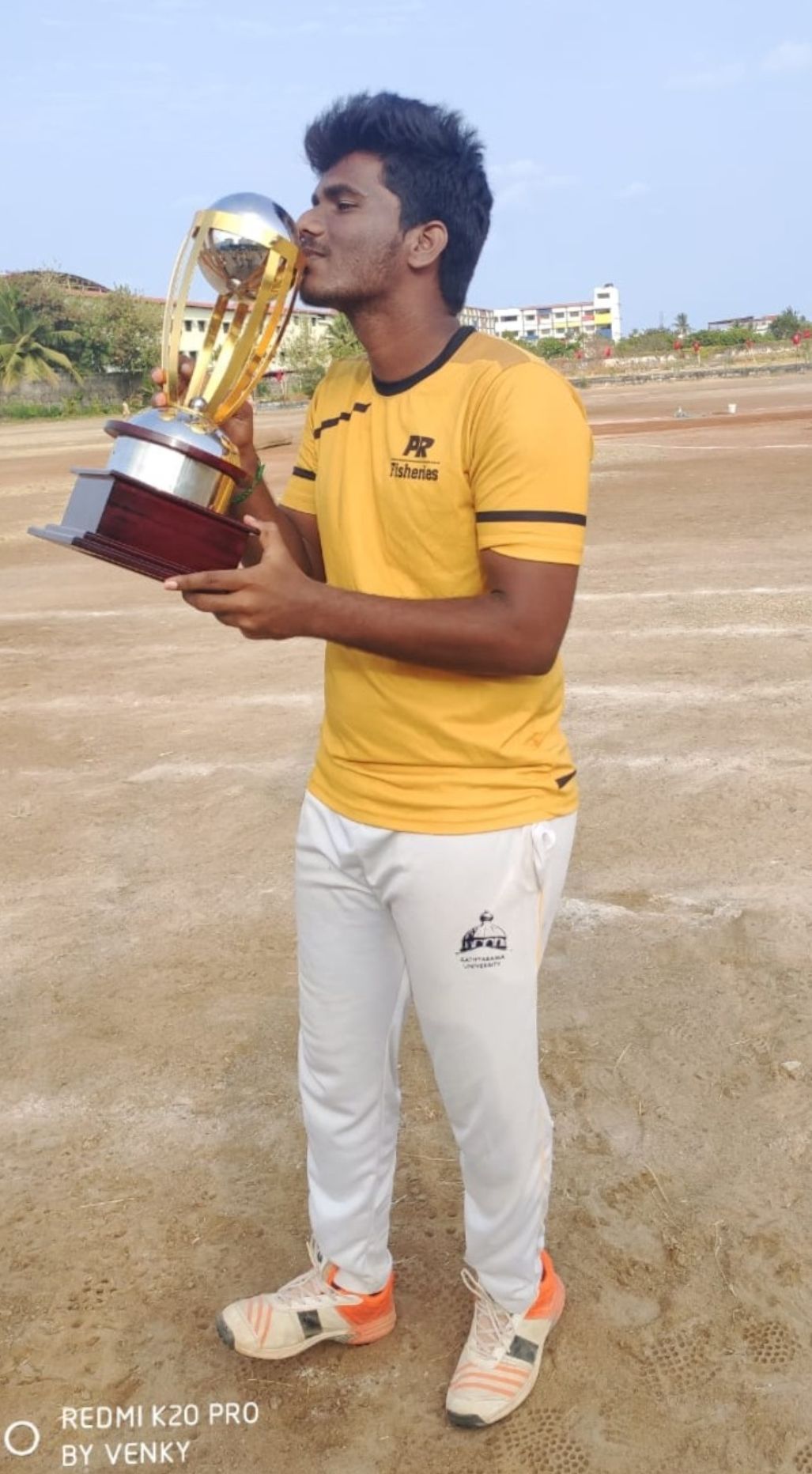 Edara felt Rajasthan Royals can easily win the match provided they don’t allow CSK to put more than 150-160 runs on board.

Royals have a good bowling side, and they are well-capable of dismantling CSK’s top and middle order.

Meanwhile, Dhoni and Watson are also under pressure to perform against spinners. RR’s Jofra, Unadkat and Aaron need to bowl in good line and length to restrict CSK.

Royals can easily chase anything below 160, as they have a good batting line up with youngsters looking to perform well.

Apart from RR’s top order, which includes the likes of Smith, Uthappa, Butler and Shreyas Iyer, Royals will have some heavy hope from the all-rounder Ben Stokes. No target is too big in T20s, when Ben Stokes is on his way.

Royals are fully prepared to start off their IPL 13 campaign with an emphatic victory against Chennai Super Kings (CSK). Another hard-hitter, David Miller, will also feature in the squad’s middle order to boost their batting line up.

Rajasthan have a star-studded bowling front with Mayank Markande, Rahul Tewatia, and Ankit Rajpoot apart from Tye and Curran. The right-arm-fast due to Tom Curran and Andrew Tye are likely to spearhead Rajasthan’s bowling attack against CSK tonight.

CSK batsmen are in vibrant form after crushing MI in their IPL opener. CSK’s Ruturaj Gaikwad is likely to join the team after recovering from COVID infection. Chennai once again will look forward to registering their second consecutive win tonight.

R. Divakar, a young cricketer at University and Institute of Science and Technology, stated that he feels CSK will definitely prevail over Royals. He opined that CSK will retain the same team combination that they opted for in the first match. 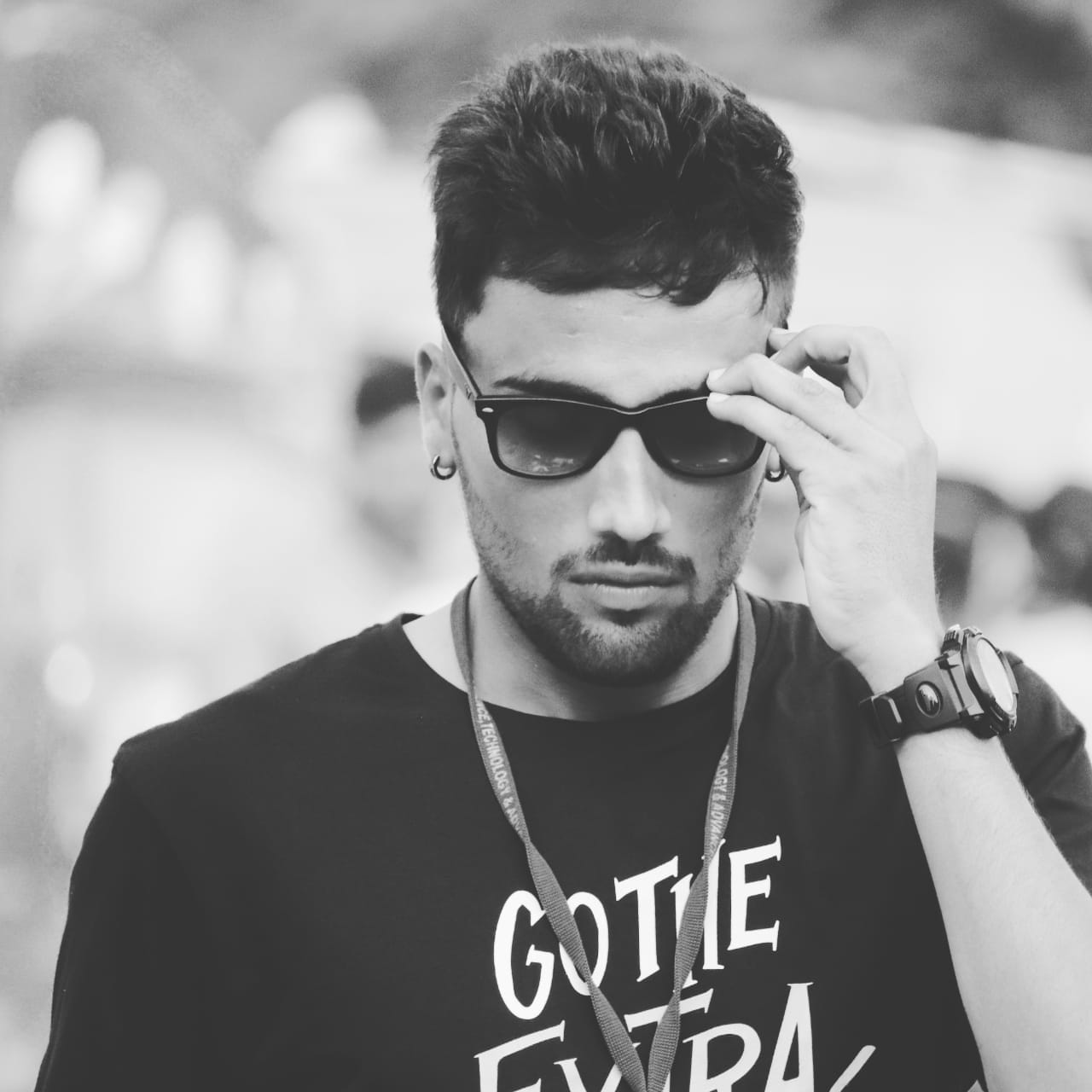 R Divakar further stated that CSK will have to bat well during the power play and accumulate a lot of runs for the team.

Eventually, the team that bowls well will win the match. Much depends upon how RR and CSK negotiate their respective innings with the ball.

Anything above 170-180 could be a challenging total. Initial breakthrough and early wickets will be the key to winning this match.

Chennai Super Kings are a bit wary about their opening slot. A lot will depend on how Murali Vijay and Shane Watson will progress their innings. Both of them need to exploit the first six overs well to get their team to a flying start. In the last match, both got out early. So, they are desperately looking for big scores against Rajasthan.

The Proteas pacer Lungi Ngidi chipped in 3 wickets for just 20 runs. His disciplined line and length with occasional slow deliveries kept Mumbai’s star batsmen under control. Much of the credit goes to Ngidi for dismantling Mumbai’s batting and stopping them at 162. It would be interesting to see whether he repeats the same strategy against Royals too!

Ambati Rayudu is a complete batsman with a lot of shots in his batting armory. He is an attacking batsman and is well noted for his classy knocks over the years in IPL and international matches. His match-winning 71 showed his sublime form this year. It’s safe to assume that he’s going to play another big knock against Rajasthan Royals.

Never underestimate the power of young blood. Yashasviis all set to make his big IPL debut tonight. He is in good form and has recently achieved the feat of scoring double hundred in List A as the youngest cricketer. The 18-year-old had piled more than 400 runs at India’s Under-19 Cricket World Cup 2020 before Royals picked him up for IPL 13.

England's star all-rounder is currently offering his service for Rajasthan Royals. He is rated as the best all-rounder in this era. He can maneuver any match with bat or ball at any moment. His performance will decide how his team will cope with the mighty CSK. Though in sublime form, Ben Stokes is yet to show his class at IPL.

However, it will be a new day and a new game. So, anybody can win this match. One who plays well will win the match.

Pitch Report: Sharjah has a different track than Dubai and Abu Dhabi. Unlike the two venues, the ball comes on to the bat nicely in Sharjah. We can expect some a high scoring match tomorrow.

Fantasy Captain/Vice Captain Options: Faf du Plessis scored an unbeaten 58 in the opening game against MI, anchoring the innings beautifully. He can be a safe vice-captain option for any fantasy team.

Steve Smith has cleared his concussion test and is ready to kick start this IPL with a bang. In the absence of Ben Stokes, he has a major role to play for the Rajasthan Royals.

Can CSK put together consecutive wins and defeat Rajasthan Royals when they square off on Tuesday night?