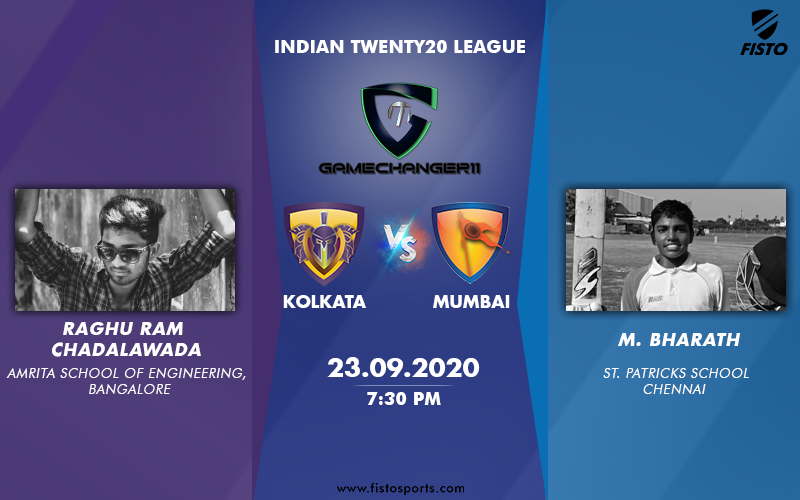 Mumbai Indians are ready to attack and get back on the winning track after a small slip-up against Chennai Super Kings on opening day when they take on Kolkata Knight Riders at the Sheikh Zayed Stadium in Abu Dhabi on Wednesday.

After a chastening defeat at the hands of Chennai Super Kings (CSK), Mumbai Indians (MI) would want to set their campaign right by winning the second match of their season.

They know how to win titles, but they certainly haven't figured out a way to win their opening encounters. Their next match is against Kolkata Knight Riders (KKR) who are unofficially their bunnies. With a win percentage of 76%, MI will be riding on confidence when they lock horns with KKR in Abu Dhabi but will be on the toes after the defeat at the hands of CSK.

As for KKR, they will be coming in blind but will have a lot of surprise packages in their kitty. With a more settled and composed team this season, KKR have more or less plugged some loopholes which were seen last season. This promises to be a cracker of a match as the rivalry dates back to the first season, but obviously a more one-sided rivalry.

KKR have always been a team synonymous with glitz, glamour and passion. Be it their charismatic owner Shah Rukh Khan (SRK) or their ever enthusiastic and passionate fans, KKR have a lot to play for. A dismal performance in 2019 which forced them to finish 5th in the points table, KKR have revamped their back-room staff and their team to some extent as well.

The over-dependence on Andre Russell last season proved costly for them as the day the muscle man failed to perform, the chinks in the armour of KKR’s middle order were exposed. Robin Uthappa, who was heavily criticized for his meek performance last season was dropped from the squad and Eoin Morgan, the limited-overs skipper of England was roped in by KKR in the auctions of 2019. This is a tactical move and should pay off KKR really well.

On the other hand, KKR broke the bank to secure the services of Australian speedster Pat Cummins for a multi-million-dollar contract. This addition shall certainly improve KKR’s death bowling and adds experience to the otherwise inexperienced KKR bowling department. Keeping Abu Dhabi’s slow and sluggish conditions in mind, Sunil Narine and Kuldeep Yadav will play a huge role in the campaign opener of KKR.

MI: Time to bounce back

After a dismal start to their IPL campaign, Mumbai Indians will look forward to getting back into winning ways. The swashbuckling all-rounder Hardik Pandya had a rather meek performance based on the standards set by him. He got out for 14 after smashing two sixes and would be itching to re-iterate more of those in this match.

The only positive for MI in the first match was Saurabh Tiwary’s batting display. MI could not really capitalize on their exceptional start and eventually were restricted to 162/9. The finishers failed to leave any impact and that is something they would like to improve upon in this match. Rohit Sharma, a personification of grace and the skipper of MI had a quiet innings and would be raring to go all guns blazing. It is simple. A captain’s innings reflects the morale of a team at times.

Key Players to watch out for

Undoubtedly the backbone of KKR’s batting line-up, Andre Russell will be itching to replicate his majestic performance in 2019. His brute masculinity of power was on display as he bagged the Most Valuable Player (MVP of the tournament award while smashing 58 sixes, the most in any tournament. Russell would love to bat higher up the order as stated publicly by him last season. If that happens, then he will be sure to unleash all his might and power onto the bowlers of MI from an early stage

He can contribute with the bat and with the ball. He can bat with grace and can bat in a buccaneering fashion. Such is the flexibility of Kung Fu Pandya, a name lovingly given to him by his fans and well-wishers. He had a quiet outing in the previous match and would love to get back in form. One good innings and his entire confidence would surge. We all know how much of a destructive impact this bloke can leave on the opposition.

We discussed KKR’s strategy with Raghu Ram Chadalawada of Amrita School of engineering, and he had the following opinion:

“If KKR win the Toss, they probably should bowl first. KKR has an extremely strong batting line-up. So, they can chase some big totals with ease and comfort. Also, we have witnessed that the dew factor plays a crucial role for the team batting second. Mumbai Indians are one of the toughest teams to take on and KKR is nothing less. Pat Cummins can bring some confidence to the young bowlers as well”

Playing 11 of KKR as opined by Raghu

We discussed the match strategies of both the teams with M Bharath, who played for Tamil Nadu in the SGFI U-14 category, from St. Patricks School and Young Talents ERS Cricket Academy. Bharath had the following opinion:

“Both teams have a very strong batting line-up with power hitters in the middle. Mumbai Indians looked a bit rusty in their opening match and the lack of form of Jasprit Bumrah concerns us. The presence of an in-form Eoin Morgan and Andre Russell with plenty of cricket under their belt is a big advantage for KKR. The Mumbai Indians continued their tradition of starting slow and lost a game to CSK that they really should have been won. They will now face a tough examination against KKR as well.

Mumbai looked rusty in its previous match. Rohit Sharma and Quinton de Kock looked good before throwing it away. The same can be said for Suryakumar Yadav and Hardik Pandya as well. We are also not sure if Saurabh Tiwary is the best option at number four. He scored 42 off 31 deliveries but he is not the best at rotating the strike and seems to susceptible to short-pitched bowling. For some strange reason, Mumbai Indians continue to undervalue Kieron Pollard. They just do not send him up the order and allow him to bat as he can. His performance at number 6 is almost always curtailed due to a lack of available deliveries or batting partners.

The middle-order power in the Mumbai Indians is just as good as what KKR has, if not better. Jasprit Bumrah was strangely out of touch in the previous match. He did not seem confident enough to try for his yorkers and ended up conceding a lot of runs. Trent Boult was easily the best bowler for Mumbai in the previous match. His ability to pick up early wickets is going to be crucial once more. Mumbai picked James Pattinson for their opening match but we can easily see him being replaced by Mitchell McClenaghan or Nathan Coulter-Nile. The strengths of the Mumbai Indians team are not going to change or disappear overnight. Their slow start and the current form of their leading players raises some concern, though.

Playing 11 of MI as opined by M Bharath

Although the average score at Sheikh Zayed Stadium in 45 T20Is is 138, Mumbai Indians scored 162 runs in the tournament opener here which suggests that scoring runs isn’t difficult if batsmen apply themselves.

Eoin Morgan, the World Cup winning captain, has been in fine form of late. He has the ability to rotate strike and hit big sixes if needed. He can be a risky option for captain but with risks comes reward.

Hardik Pandya hasn’t lost any of his swag during these 6 months away from the game. He got going from the word go in the first game against Chennai. He is a must pick.

Pat Cummins, the million-dollar man, will have a lot to prove for the worth he was picked up by KKR at the auctions. He has been bowling well for Australia and would love to keep his form throughout the IPL season.

Can MI get back to winning ways against KKR?