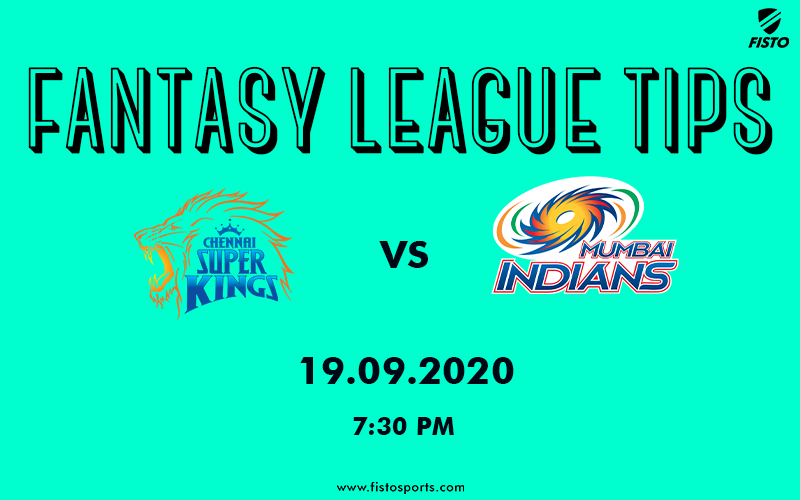 Two champions are competing against each other in the very first match.

Now, six months later, the IPL 2020 returns on Saturday at 7.30 PM IST when Mumbai Indians and Chennai Super Kings renew rivalry in the 13th edition of the Indian Premier League opener. And the Fantasy tips, is also back.

Last five matches second batting team have won 4 matches. So mostly whomever wins the toss will prefer to bowl first. We may expect low scoring match as per the stats and the lively greenish pitch.

Rohit Sharma: He starts innings very slowly once he settled in the middle its hard to take his wicket.

De Kock: The left hander is currently in form and have a very good record in the T20s.

K Pollard: A complete All Rounder and has shown consistent performance in CPL. If early wickets falls he can score good with Bat

Hardik Pandya: Smasher and can finish the match really well with Bat and can bowl 4 overs. Good pick for Captain/Vice captain.

Faf du Plessis: He plays an anchor role for the team. Watson/Rayudu/Dhoni will do the hitting role around him. Can score big once he settled.

MS Dhoni: With the absence of Raina, MS might promote himself up in the order.

R Jadeja / Krunal: Both team has more numbers of right hand batsman so these 2 could be a trump card and take wickets.