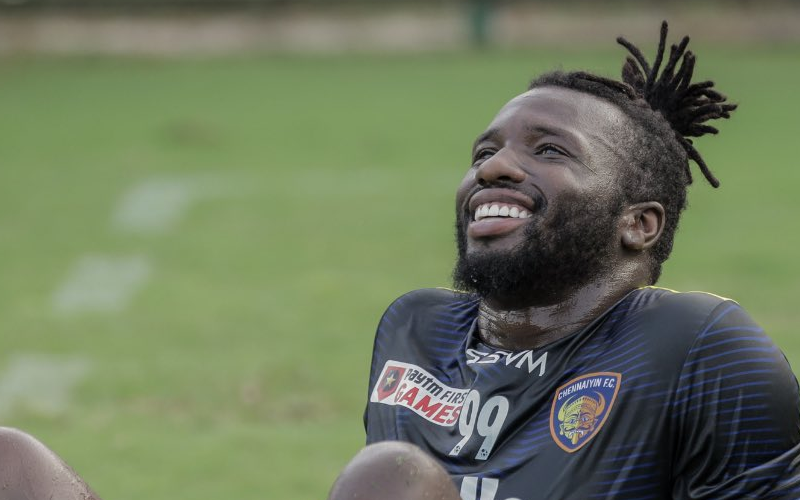 Consistent seeking FC Goa host goal-shy Chennaiyin on Saturday evening as both sides look to gain valuable points and try to put some distance between themselves in the league.

It's not the start anyone expected. After two wins, two defeats and two draws in their opening six fixtures, FC Goa will seek to achieve consistency in the Hero Indian Super League when they host their bitter rivals Chennaiyin FC at the Fatorda Stadium, on Saturday.

Igor Angulo has been lethal upfront for the home side as the Gaurs scored seven times in their last seven games, of which six came from the Spaniard. But the defense has left a lot to be desired, especially in set-piece situations.

Goa have conceded six times in as many games of which five came from set-pieces. However, they have faced just 15 shots on target, the joint-second-lowest in the league.

“Our target is to win. But sometimes you draw and lose, maybe because of a penalty,” said Juan Ferrando. His team conceded late penalties twice and the Spaniard expressed his dissatisfaction with their tendency to give away soft goals. “We also have to think about the spaces when we lose the ball and go on to concede the penalty. We are not happy conceding late penalties. It is necessary to think about what happened before the penalty,” he added.

Ferrando stressed the team would have to give 100 percent on the pitch to get their desired results. “If we are working hard, we will have success at the end of the season. It is always about working hard on the pitch,” he said.

Chennaiyin FC aren’t faring any better than their opponents. The two-time champions are finding it difficult to score, with only three goals to their name so far. They are in eighth position with five points from five games.

“We want to use our strengths. We need to score goals. We should not be aggressive but focused when we get chances to score. We also have to be organised and stop Goa and we can lead the team to a win,” said Chennaiyin FC coach Csaba Laszlo.

Goa lost their previous match against ATK Mohun Bagan but Laszlo knows it wouldn’t be an easy clash against the two-time runners-up.

“We also have to concentrate on ourselves. Goa play good football, we also play football. It should be an interesting game for both sides,” he opined.

There has never been a goalless draw when Chennaiyin and Goa have clashed and the fixture currently holds the record for the most number of goals scored (66). If that trend continues, fans are in for a treat on Saturday.