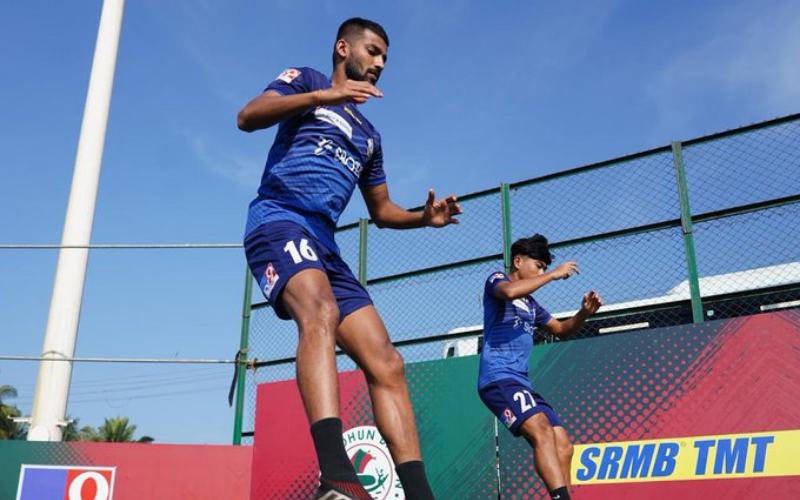 The Mariners are experiencing a small blip in form but still have a healthy lead on several teams trying to break into the top four.

Having slipped from the top position in the Hero Indian Super League table after going winless in their previous two games, ATK Mohun Bagan will target a return to winning ways when they host in-form FC Goa at the Fatorda Stadium, on Wednesday.

While the Mariners are placed third on the table with 10 points after five games, their opponents, FC Goa, placed fifth with 8 points, are not too far away.

The contest will not only see two of the strongest teams in the Hero ISL take on each other but will also pit two tactically sound managers with contrasting philosophies.

ATKMB coach Antonio Habas does not put all his eggs in the 'possession football' basket. His side are renowned for counter-attacking and being defensively organised. So far, the Kolkata giants have had an average of 46 percent possession – third-lowest by a team this season.

Meanwhile, Juan Ferrando's FC Goa side, are the opposite. The Gaurs love dominating opponents and have usually accounted for the lion's share of the ball. They have averaged 59 percent possession – most by a team this campaign.

But ATKMB face two injury concerns with doubts over Javi Hernandez and Tiri. Injuries to the duo have disrupted the balance of the side and Habas acknowledged the problem after his side dropped points in their previous game against Hyderabad FC.

"There is a long way (to go this season)," Habas had said about his team losing the top spot. "Obviously, we don't want to lose but we have many problems with injuries. But we have to recover the players and make them compete."

While Igor Angulo will aim to extend his goal-scoring tally for the Gaurs, Roy Krishna will be key for ATKMB during counter-attacks. The Fijian has scored four of his team's six goals so far – with all their goals coming in the second half.

Out of the five goals Goa have let in so far, three have come after the break and Ferrando is aware his side will need to be alert throughout the game.

"It's so very important to have one plan for the team since we play against a very good team, not only Krishna," he said.