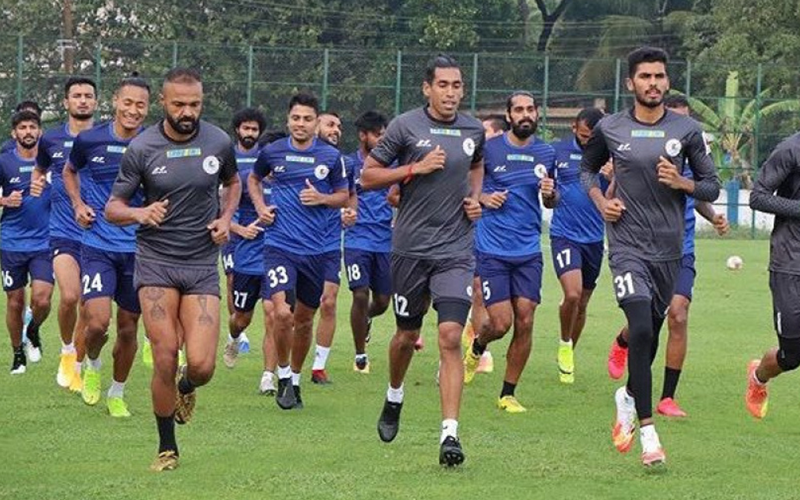 ATK Mohun Bagan will be aiming to continue their red-hot form in the Hero Indian Super League Season 7 as they take on Odisha FC at the Fatorda Stadium, on Thursday.

The two sides have witnessed contrasting fortunes so far this season. Odisha are winless and find themselves in the bottom half of the table, having accumulated just one point after their opening two games. Meanwhile, a third-straight win could help ATKMB go top of the table.

Odisha FC came from behind to secure their first point of the campaign against Jamshedpur FC but there will be concerns over their backline that has appeared shaky. Stuart Baxter's side has conceded 29 shots so far, joint-most by a team this season.

ATKMB striker Roy Krishna, with two goals in as many games, will look to continue his fine form. Habas' side, having scored all their goals from open play, will once again be aiming to hit their opponents on counter-attacks. Baxter is well aware of this and wants his side to keep things tight at the back.

"You respect them because they have good and experienced players," Baxter said. "While throwing players forward, we're aware of the fact that, in transition, they get into the game quickly when we're spread out. We have to make sure we're aware of that and make it difficult for them. More than that, it's going to be up to the players on the day to make sure we take away the spaces they want and we defend well one-versus-one."

After netting a brace coming off the bench against Jamshedpur, Odisha striker Diego Mauricio could be in line for a start. Baxter will also hope forward Marcelinho regains his form, with the Brazilian having struggled so far.