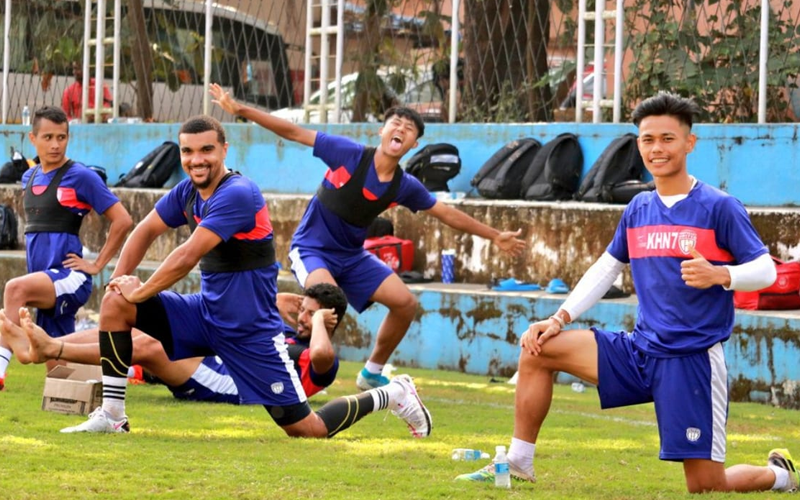 Gerard Nus' unbeaten NorthEast United will lock horns with Carles Cuadrat'S buoyant Bengaluru FC in the most intriguing game of the Hero Indian Super League Season 7 on Tuesday at the Fatorda Stadium.

Both teams are coming off morale-boosting wins. Bengaluru notched up their first win of the campaign against Chennaiyin FC while NorthEast got back to winning ways with a victory over SC East Bengal after two straight draws.

The match will pit Bengaluru's defence against NorthEast's attack. While the Blues have been solid at the back, they are yet to score from open play. The Highlanders, on the other hand, have scored in every game they have played so far.

Bengaluru coach Carles Cuadrat knows his team is in for a tough match, but stated that he had all the confidence in his team's abilities. "It's going to be a very tactical match because they are a very well-organised team," he said. "In three games, we have two clean sheets. I think we are showing a lot of consistency in defence. We look like a very well-organised team."

"During my time as Bengaluru coach, we have only lost one time against Chennai, we have never lost against Goa. What I mean is that it's very clear that we are a very consistent team with a clear plan. It's very difficult to play against us. At the same time, we know that we have room for improvement and that is what we are trying to do," Cuadrat said.

NEUFC have never beaten their opponents in the league stage before and on current form, this is a great opportunity for Nus to set that record straight. But he is not underestimating his opponents despite their less-than-stellar start to the season. "The truth is that Bengaluru won the title two years ago. They were in the playoffs last season. That tells you already how good they are. They're a massive side. I'm really concerned about the game tomorrow because we did not have a long time to prepare. We played two days ago. But it doesn't matter. That's the way it is and we are going to fight from the first minute till the last," he said.