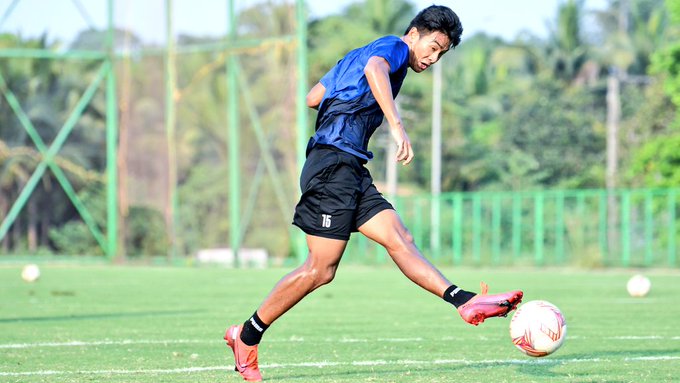 Struggling Odisha FC will aim to arrest their slide in the Hero Indian Super League Season 7 when they face Bengaluru FC at the GMC Stadium, Bambolim, on Wednesday.

The numbers, for Odisha, don't make for good reading. They have just one point from five matches and have scored the least number of goals in the league so far. Both their goals came against Jamshedpur FC when the latter were down to ten-men. And on Wednesday, Odisha will take on former champions Bengaluru, who are unbeaten in the league so far.

Baxter's side averages just 2.4 shots on target per match so far and the Englishman stressed the need for his side to be more attacking in nature.  "We certainly need to be better at attacking based on our possession. If we can gain momentum and take momentum away from the opponents, that will help us,” said Baxter.

Odisha’s defence has conceded seven goals so far, four of which have been from set-pieces (3 penalties and 1 free-kick). They have conceded a goal in almost every match.

Bengaluru have scored a good chunk of their goals from set-pieces so far, including three from throw-ins, and will look to exploit Odisha's vulnerability in this regard. They are also high on confidence, coming off a huge win against Kerala Blasters, in which the likes of Cleiton Silva and Sunil Chhetri managed to find the net. Bengaluru coach Carles Cuadrat will expect his players to pick up from where they left off against Kerala.

“I know my players, there is no complacency. They are competitive and for sure, they will try to get the three points. We are never complacent against any team in the ISL because we know that any team can beat any team in this league,” said Cuadrat.

“For sure, teams like Odisha are very dangerous. We are all conscious of that. We know that they have been fighting for the points, but it has not been happening until now,” added Cuadrat.