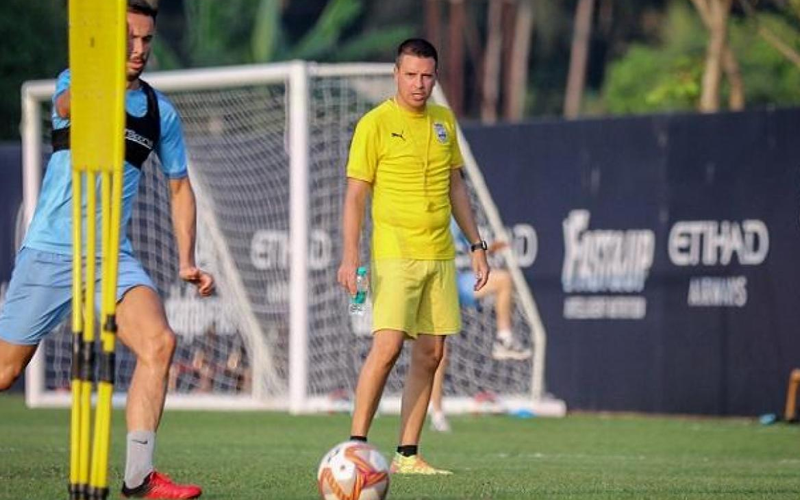 Mumbai City FC will be looking to make it five straight wins from six in the Hero ISL whilst Owen Coyle's men will be hoping for another shock result as they head to at GMC Stadium on Monday.

Life is good for Mumbai City FC right now. After starting the Hero Indian Super League Season 7 on a losing note, Sergio Lobera's side bounced back with four straight wins and four impressive performances. When the table-toppers take on Jamshedpur FC at the GMC Stadium here on Monday, Lobera's focus will be on ensuring that this winning run continues.

It is not just that the results have gone Mumbai's way — their performances have been consistently impressive as well, across all areas of the pitch. No team has scored more (8) or conceded less (2). And unlike some teams, Mumbai haven’t been dependent on one player for goals. They have had four different scorers already.

"We need to go step-by-step. Our focus is on the future, on the next game. But I'm happy with the players with the effort they have put in the last game," he added.

Mumbai have no injury concerns but they will once again miss the services of Mandar Rao Dessai, who missed the previous three games due to personal reasons. The full-back is yet to join the squad after leaving the team’s bio-bubble.

On current form, any team would be wary of taking on the Islanders but Jamshedpur coach Owen Coyle has every right to be a bit more optimistic than the others in the league. Jamshedpur faced ATK Mohun Bagan when they were on a similar run and came away with all three points. Coyle hopes his team can come up with a similar performance.

"They've (Mumbai) been in good form. I think they have won four in a row. What we have to do is what we did against ATK Mohun Bagan who were top of the league, undefeated and hadn't conceded a goal (when we faced them). We have to give that level of performance," said Coyle.

Coyle will once again be banking on Nerijus Valskis upfront with the striker having scored five of their six goals so far.

Jamshedpur are already six points behind Mumbai and have had three draws in their last four games. However, Coyle believes that things are slowly falling into place for his team. "We're four games unbeaten. There were a couple of games where we felt we should have won. So we are in good form. We just have to continue working hard. We do have a number of injuries. Once we get our best team, we'll be even stronger," he said.

Can the Red Miners upset the odds once more?