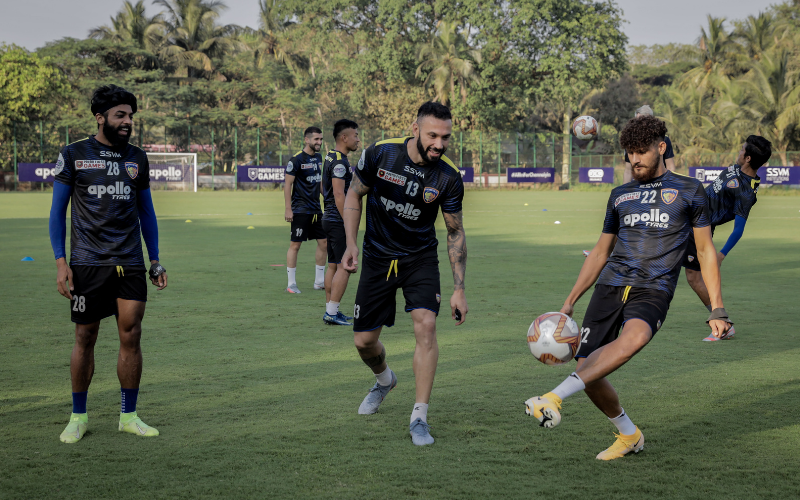 One of the most exciting derbies in Indian Super League, the Southern Derby between Chennaiyin FC and Bengaluru FC is a match that always promises to be interesting, and in most of the cases it delivers.

Chennaiyin FC will hope to get back to winning ways when they take on arch-rivals Bengaluru FC. Both teams have played twice so far, with CFC registering a victory and draw each, while BFC are winless following consecutive stalemates.

After a brilliant start to the season, trouncing Jamshedpur FC, Csaba Laszlo's men endured a frustrating draw against Kerala Blasters where they were forced to split the points despite clearly being the better team. With Bengaluru struggling to develop momentum after two straight draws, Chennaiyin will fancy their chances for a win.

Previous matches between Chennaiyin and Bengaluru have always been heated affairs with the emotions between the two sets of fans usually adding to the rivalry. Laszlo may have just started his stint at Chennaiyin but the significance of the fixture is not lost on him.

"It's a special game and it's like a derby for us. We will do everything possible to win because if we can collect three points, we can stabilise our position in the table," he said. He will look to his defence to provide the platform for his attackers to grab the three points. With just one goal conceded in their two matches, the Chennaiyin defence has made their best-ever start to the Hero ISL. The likes of Eli Sabia and Enes Sipovic have looked regal at the back.

There are problems aplenty for Bengaluru coach Carles Cuadrat. His team is struggling to find the attacking impetus that they've never been short of in the previous seasons. Bengaluru have attempted just 12 shots in their two games and got only three of them on target, the least by any team in the league so far in both respects. His front-three of Sunil Chhetri, Cleiton Silva and Kristian Opseth have failed to fire so far.

Cuadrat, however, maintains that he has positives to look at. "The team has been showing a lot of consistency with very clear patterns in the way we play, in our defensive structure. I think that we had a moment in the Goa game where we suffered a little bit. That is where the other team scored. For the rest of the game, we controlled the other team's attack really well and it was the same against Hyderabad. The opposition was not creating chances in both games." he said.

"We all know that we have to improve, the way we arrive in the other box. And we are working on that," he concluded.