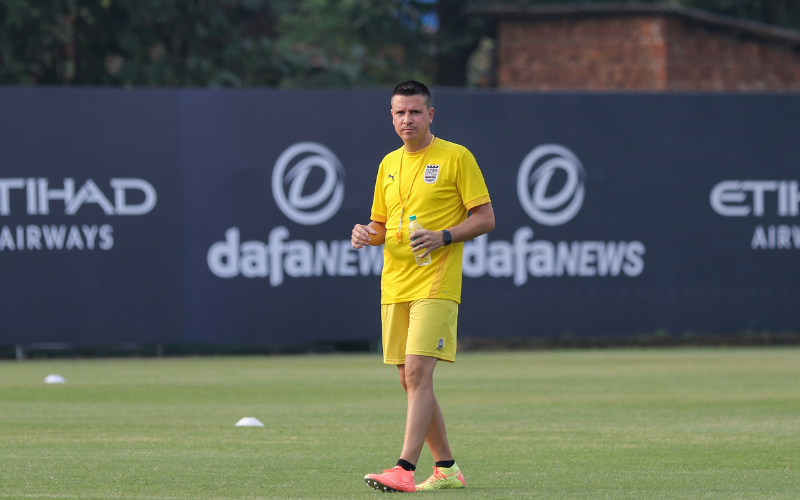 Whether you're ready to rip up your entire team or you're just looking for an extra tip for the Hero ISL fantasy League, you've come to the right place.

FC Goa is all set to face Mumbai City FC in their 2nd league game of the season on Wednesday Live from Fatorda Stadium.

After FC Goa did not find the result as they want on their opening encounter where they drew against Bengaluru FC on 2-2. On the other hand, Mumbai City FC will be looking to open their account against FC Goa after they lost by 0-1 to North East United FC in the opening contest.

This really is a game that could go either way with fine margins and moments of brilliance likely to decide it, but expect both managers to pay respect the other and to play this slightly more cautiously than they usually would play. It will be interesting to see who will open their account in this match when these two colossal teams face off each other on Wednesday.

Goal Keeper: Mumbai had 0 shots on target last match against North East, whereas, Goa Made Gurpreet to make a couple of important saves against Bengaluru FC. And also, Mumbai was reluctant to take a shot outside the box, whereas, Goa tried a few out of the box shots. So, we are going with Amrinder Singh (MCFC) as our goalkeeper.

Both these team didn't keep a clean sheet in their respective match, but few individual performances were amazing.

Ivan Garrido (FCG): Had an amazing match with 4 tackles and 2 blocked shots to his name. He also does a lot of passes to increase his points further.

Seriton Fernandes (FCG): He always gets going on the attacking third and always delivers an inch perfect cross. So, his ability to create key passes is going to be crucial.

Mandar Rao Desai (MCFC ): This ex-FC Goa left back is also capable of delivering Inch perfect crosses into the box, and also does ever so well while defending.

As we predict, this is where the fight of both the teams are going to be. The winner of midfield battle is most likely going to win the match today.

Hugo Boumous (MCFC): The Golden Ball winner from the last year, is going to be the main creator for Mumbai. But with Jahou suspended, he can also be played behind the 3 midfielders as well.

Rowlin Borges (MCFC): Going to play a key part in stopping the Goa attack from going forward. With Jahou Suspended, Borges will remain a key player in the CDM position. With tackles and interceptions incoming, expect a Card as well.

Edu Bedia (FCG): Most important player for Goa, Edu Bedia can be played as a CDM or as a creator, depending upon the intensity of the game.

Jorge Ortiz (FCG): Didn't do much in his first match, but expect him to shine in the wings against the weak Right side of MCFC. He also has the experience playing against the Spanish legend Barcelona, so it may come handy as well.

Brandon Fernandes (FCG): Indian with the greatest number of chances created last season, Brandon is a mandatory pick for your team, if he starts in the playing XI. Taking corners and scoring from freekicks, he is a much valuable asset both for FC Goa and our fantasy team.

Both teams has a set of mind-boggling forwards who are always capable of scoring goals.

Ogbeche (MCFC): the joint top scorer of last season, Ogbeche had a poor outing in the first match. But he is "Ogbeche" and can easily bounce back and score goals in no time.

Igor Angulo (FCG): The leading-scorer of this season so far with a brace against Bengaluru FC. Always hungry for goals, he is a perfect striker s team must have.

Goa and Mumbai have met each other 14 times in the ISL and the Gaurs has dominated the fixture with seven wins. The teams have also played out three draws in the past.

The two sides met at the semifinals stage in the 2018-19 season where Goa thumped Mumbai 5-2 on aggregate.

FCG’s 7-0 win over MCFC at the Fatorda Stadium in 2015 is the biggest win in ISL history.