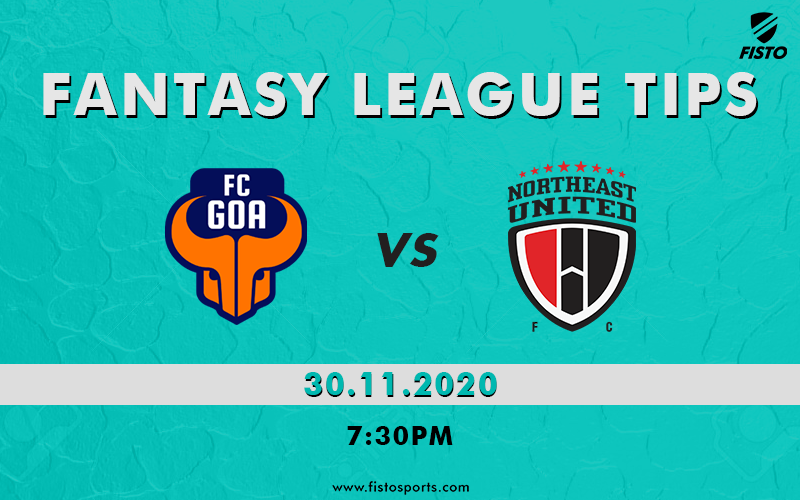 At the moment, it would seem that all you need to do is turn on a television at any given point in the day, and there will be football on it. That’s right, the football never stops, and neither do we. Why rest when such endless scope for misery presents itself?

Let’s rub our lucky coin until it shimmers all our hopes and dreams into reality, while hoping it wasn’t covered in COVID-19.

It's been around 10 days since the Hero Indian Super League season 7 started. After a whirlwind week of intense matches, a selection of tasty fixtures lie in store for this week, starting with today’s showdown between FC Goa and NorthEast United at the Jawaharlal Nehru stadium in Fatorda, Goa.

It's match 12 of the Hero Indian Super League and we are having an amazing and entertaining tournament, as it is evident from the first week of the ISL.

Today, the hosts, FC Goa will be hoping they can grab their first three points of the season when they take on NorthEast United FC, who are on a high after a win and a draw in their first two games at the Fatorda Stadium.

Let's take a look at whom we have selected for our Fisto's Fantasy 11.

Goa and NorthEast have met each other 12 times in the ISL and the Gaurs holds the lead in the fixture with five wins. The teams have also played out five draws in the past.

Subhasish Roy Chowdhary (NEUFC): He hasn't been called into action much in their opening games. It is because of their tight defense, which doesn't allow their opponents to take a shot on target while inside the box. But against a team like FC Goa, who are not afraid to take some shots from outside the box, we expect Chowdhary to be busier out of the two shot stoppers.

North East United F.C has one of the tight defense of this year's ISL. The two goals they have conceded so far are, from set pieces. Incidentally, those 2 were on the only shot on target North East United had received until now.

Benjamin Lambot (NEUFC): The Belgian defender was so strong at the back for North East United F.C in their matches so far. He is also a set piece target for them.

Dylan Fox (NEUFC)*: Just like Lambot, Fox has been rock solid at the back as well. Both him and Lambot are forming a great partnership at the back for the Highlanders.

James Donachie (FCG): The Australian centre-back hasn't put a foot wrong for FC Goa so far. Although they haven't kept a clean sheet yet, he can't be faulted for either of the goals they have conceded so far. He is the set piece target for the Gaurs.

Ivan Garrido (FCG): He has played In the Spanish second tier till last season and thus, comes in with a lot of experience. Just like Fox and Lambot, Garrido and Donachie are forming a great chemistry at the back as well.

The midfield of both the teams look more or like the same. But with a Spanish Manager, expect FC Goa to have a better hold of their opponents in this area of play.

Edu Bedia (FCG): He has been the creator for FC Goa in the absence of Hugo Boumous. He is ever so comfortable with the ball in his feet. He is also the set piece provider for FC Goa.

Federico Gallego (NEUFC): He has created the most chances for North United F.C after his arrival into the team, a couple of years ago. Also, puts in a decent defensive shift as well. Just like Bedia, Gallego also delivers the set pieces for the Highlanders.

Seminlen Doungel (FCG): He is quick, a great dribbler and a good crosser. What else you need from a winger? He also helps with the defense as well, with some timely interceptions and tackles. But one drawback is that he is often getting substituted before the 60th minute mark, so if he has to do something, it must be within the first one hour of the match.

Khassa Camara (NEUFC): He has been excellent for the Highlanders so far. His style of play, his appearance and his involvement in the game reminds us of "Ngolo Kante". He will be the important player for North East United to stop the attacks from the Gaurs.

FC Goa clearly has the upper hand here. They have scored two magnificent goals against Bengaluru FC and almost came close to scoring with 10 men against Mumbai City FC.

Kwessi Appiah (NEUFC): He is the leading scorer for North East United F.C with 2 goals. He is also the "aerial threat asset" for the Highlanders. He must quickly forget about his penalty miss against Kerala Blasters and put on a good show tonight.

Igor Angullo (FCG): he had a fabulous match against Bengaluru F.C and was having a decent game against Mumbai City FC until the red card incident. Nevertheless, he is regarded as one of the top strikers of this year's Hero ISL.

Alternative Selections: If Brandon Fernandes starts for FC Goa, then it is advisable to have in the team instead of Seminlen Doungel.