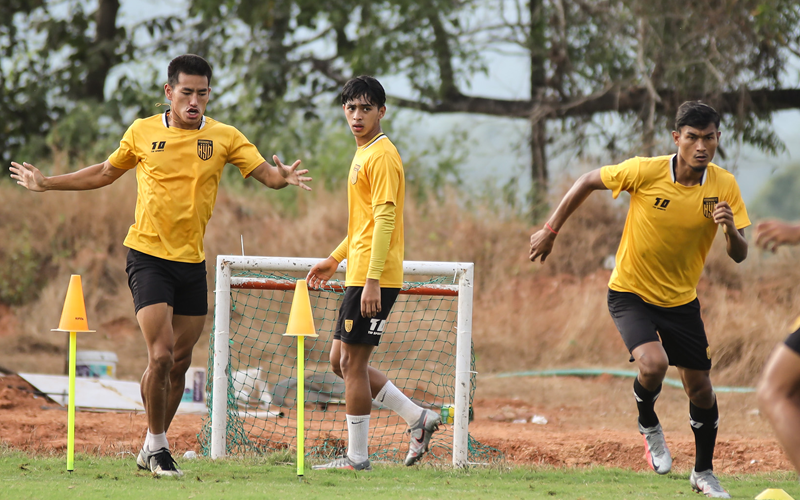 ATK Mohun Bagan welcome Hyderabad FC on Friday evening as both look to continue their fine run of form in the Hero ISL Season 7.

When ATK Mohun Bagan host Hyderabad FC at the Fatorda Stadium in the Hero Indian Super League Season 7 on Friday, it will be a battle of two teams with many similarities.

From depending on a single goal scorer (Roy Krishna for ATKMB and Aridane Santana for the Nizams) to having an airtight defence (two teams with the least goals conceded), both ATKMB and Hyderabad share similar strengths.

Krishna has scored 4 out of the 5 goals pumped in by ATK Mohun Bagan have scored in ISL 7. ATKMB coach Antonio Habas recognises the need for more players to contribute, especially considering his team is coming off their first defeat of the season against Jamshedpur FC. "All players have to collaborate. The idea now is to score goals by more players by collaborating better," he said.

And while ATKMB remains the only team to not concede from open play this season, they let in two goals off set-pieces against JFC, which cost them the game. Habas hopes to improve in this area ahead of their game against Hyderabad. “Last season, we conceded one goal from set-pieces in all matches. Now in one match, we conceded two. I hope we improve on this. The opponents have good players for this situation. I have confidence in my team and I hope this kind of situation will not be repeated,” he said.

Meanwhile, the storyline is similar in the Hyderabad camp. Defensively the side has conceded just one, the least in the league, and are yet to succumb to a defeat. But their attack isn’t great. Aridane remains the lone scorer, having netted both the team's goals.

"It's true that we have been doing well defensively. But we have to score more goals — that is the target. ATKMB is always going to be tough for all the teams because they have depth and strength in every department but what's most important for us is to look at what we can do better." said Hyderabad FC assistant coach Thangboi Singto

"There is not much weakness in ATKMB. But we have plans where their weaknesses can be exposed. We want our players to give their 100 hundred percent. When you give your best, the result follows," Singto concluded.