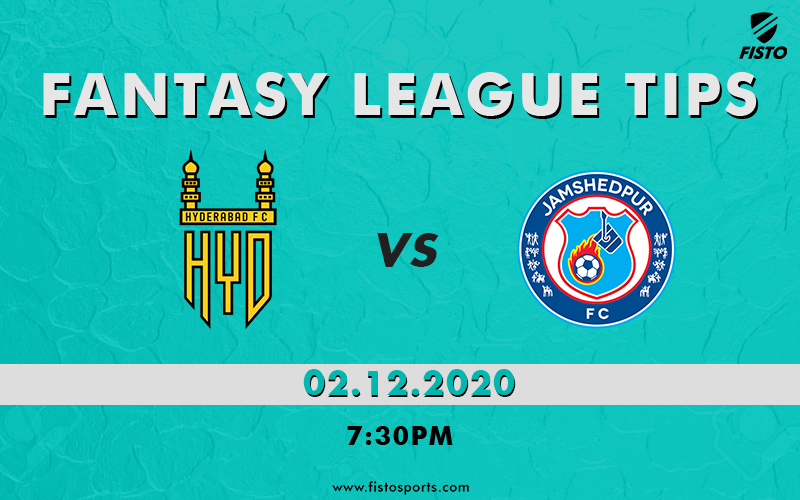 Take a deep breath and get ready to enjoy our Fantasy XI Hero ISL preview for the clash between Hyderabad FC and Jamshedpur FC.

We are into middle of the week where Manuel Roca's Hydrabad FC takes on Owen Coyle's Jamshedpur FC. It is the match between two teams, with two contrasting fortunes and it is going to be interesting to see who comes up at the top from this battle.

So, let's look at the Fisto's Fantasy 11 team combinations for this match.

Subrata Pal (HFC): It is pretty fair to say both these teams have a lot of attempts on opponent's goal. But with Rehnesh suspended for the match after getting a red card against Odisha FC, we are going with Subrata Pal as he has a lot of experience of doing miracle saves in the past.

Ashish Rai (HFC): He has been a find of the season for Hyderabad FC already. He played at left back against Odisha FC, played at right back against Bengaluru FC, and was ever so comfortable while making those tackles and interceptions.

Odei Onaindia (HFC): He has been fabulous at the back for Hyderabad FC so far One of the main reasons for their two consecutive clean sheets.

Laldinliana Renthlei (JFC): He is a right back with so much quality and match awareness. He impressed in both their matches so far.

Jamshedpur has a lot of midfielders, who can take the game away from their opponents in no time. Hyderabad, on the other hand, have one of their finest midfielders injured (Lluis Sastre) and it will be interesting to see how they perform without him.

Holicharan Narzary (HFC): He has been so lively in the wings thus far for the men in yellow. He is never afraid to take some shots on goal. Won the penalty in the first match against Odisha FC, which Santana converted without any problems.

Aitor Monroy (JFC): He has been the important piece of puzzle for the Owen Coyle led side. He helps in both attack and defense transitions for Jamshedpur FC. He is the set piece taker of the side as well.

Jackichand Singh (JFC): Another player who is so much lively on the wings. His crosses have been inch-perfect so far. It is one of his cross, that led to the first goal of their campaign against Chennaiyin FC.

Alex Lima (JFC): He was silent in their first match against Chennaiyin FC, but was a beast against Odisha FC. He takes the corners, when Monroy decides to stay back.

Both these teams play a lonely striker up front and we can't ignore either of them. Both Valskis and Santana are the match winners for their respective sides.

Aridane Santana (HFC): He is the main player for Hyderabad FC in terms of scoring goals. He is their target man during the set pieces as well.