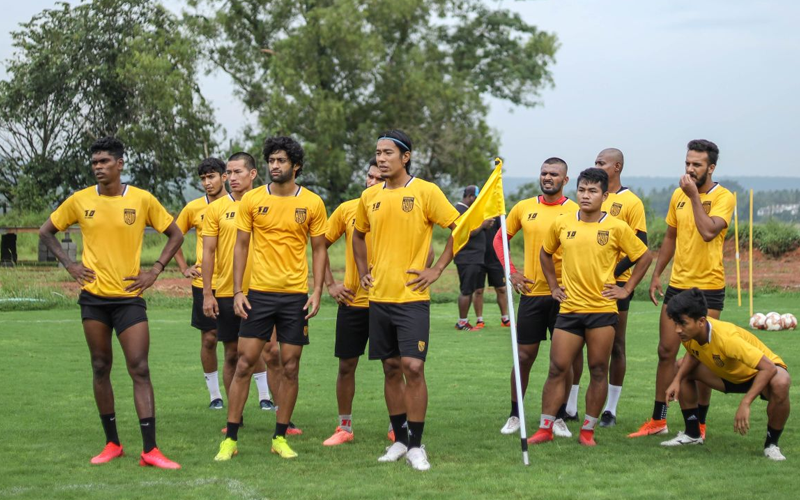 Hyderabad FC will aim to return to winning ways when they host SC East Bengal at Tilak Maidan, Vasco, on Tuesday.

After three consecutive draws, Hyderabad FC will look to bounce back with a win against bottom-placed SC East Bengal in Match 29 of the Hero Indian Super League at Tilak Maidan, Vasco, on Tuesday.

Can HFC find their scoring boots?

The Nizams are currently unbeaten in the league after four games. But despite starting off with a win, they have even results in their last three matches. Another huge concern for the side has been their scoring ability. They have scored just one goal from open play (3 altogether) and have the least shot accuracy of 20.68 per cent in this campaign.

However, Hyderabad coach Manuel Marquez brushed off claims regarding any pressure on his side. "For me, pressure is if you are at the bottom or these kind of things - sorry because East Bengal are at the bottom. But our team is playing good football and we don't have pressure,” Marquez said.

There have been injury concerns for the home side with many of their foreign players missing, forcing the domestic players to step up and Marquez was delighted with their performance and added, “For me, the best thing at this moment is to know is that the performance of these guys without foreigners is fantastic and we have to improve as fast as we can."

On the hunt for first win

Albeit East Bengal's poor start, Marquez knows it wouldn’t be any easy outing. "I think East Bengal is growing, and they had chances to score in their matches against ATK Mohun Bagan, Mumbai and NorthEast United when the scores were even. If we change our style because East Bengal has not scored any goals, it will be wrong. We know that we have possibilities to win the game if we play in our style," Marquez said.

While Hyderabad are unbeaten, the other – East Bengal are yet to record a win this season. But after suffering three straight defeats, the Red & Golds showed determination in their last game against JFC, holding on to get a point despite playing with a man down for more than an hour.

Coach Robbie Fowler sounded positive for their team’s performance and said, “The motivation is always there to win every single game. We are a team with great work ethic. The togetherness from this team is brilliant. We are full of fighters,” he said.